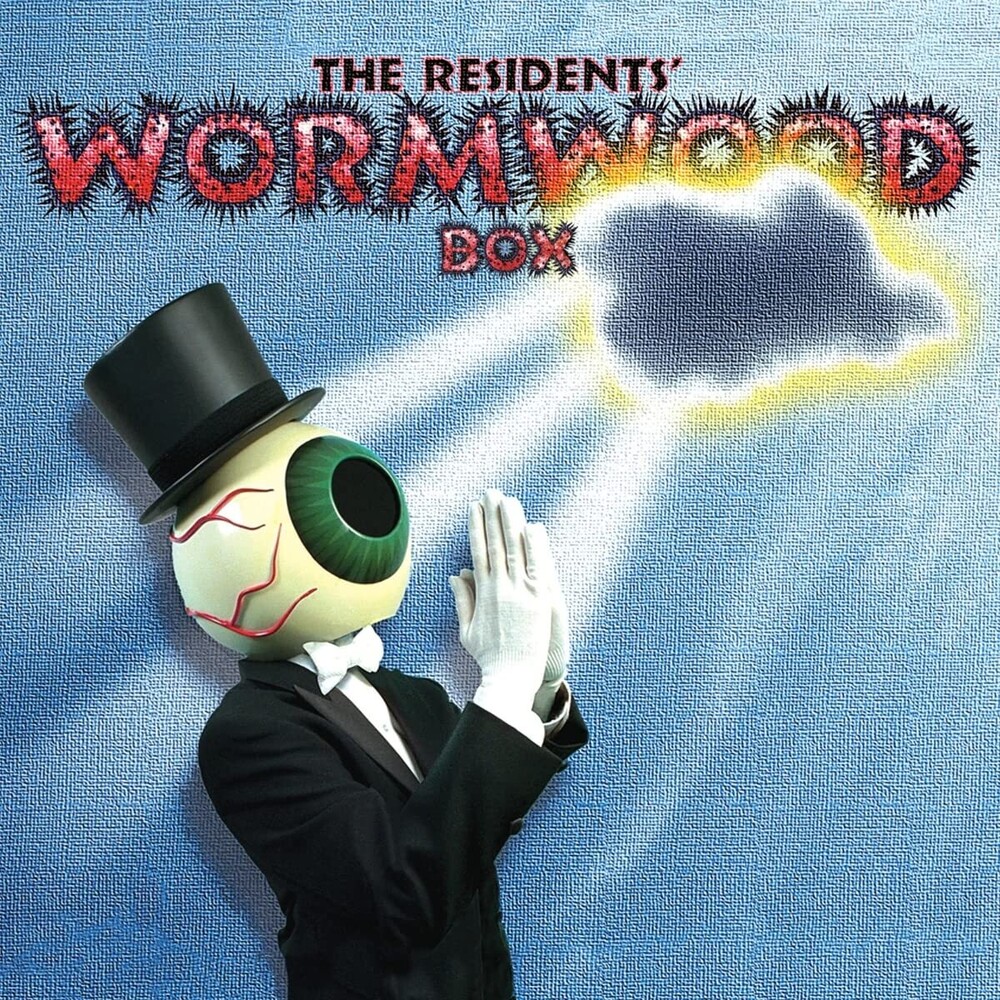 WORMWOOD BOX: CURIOUS STORIES FROM THE BIBLE - As the second Millennium AD drew to a close, The Residents began to take stock on a couple of thousand years of reasonably fruitful human endeavour. One text, they felt, had inescapably set the tone and dominated the narrative throughout the Western world for most of that period, often clouding the view as they looked back. Sure enough, The Bible, Testaments Old and New, seemed like fertile ground for a confused, anonymous band approaching their fourth decade. Throughout 1998 and 1999, The Residents set about writing, recording and extensively touring a set of songs based around some of the more curious, unsettling and downright messed up stories they found upon revisiting their old Sunday School Bibles, and present here the results of those industrious years. Complete with demos and sketches, two full live recordings, a live-in-the-studio reworking and the usual assorted ephemera plus later live recordings, 'The Wormwood Box' showcases a project the band still think of very fondly, and have often revisited. Join us and marvel as the Eyeball Oddballs somehow cram murder, rape, incest, vengeance, slaughter and, erm, circumcision into a radio friendly pop format! Spread across an inescapably unwieldy 9CDs at the group's insistence, 'The Wormwood Box' is the final, definitive word on The Residents' Millennially-challenged adventures and explorations within The Good Book. Or so it says here. Remastered, expanded, and pREServed for future generations, this is the latest in a series of archival Residents' re-issues that will continue throughout 2022 as the band celebrate their 50th Anniversary. Look out for forthcoming deluxe vinyl re-issues of the classic 1970s albums, a brand new OST recording for a forthcoming film and further pREServed releases as the year unfolds. The Residents will also be touring extensively - why not go keep them company one evening.