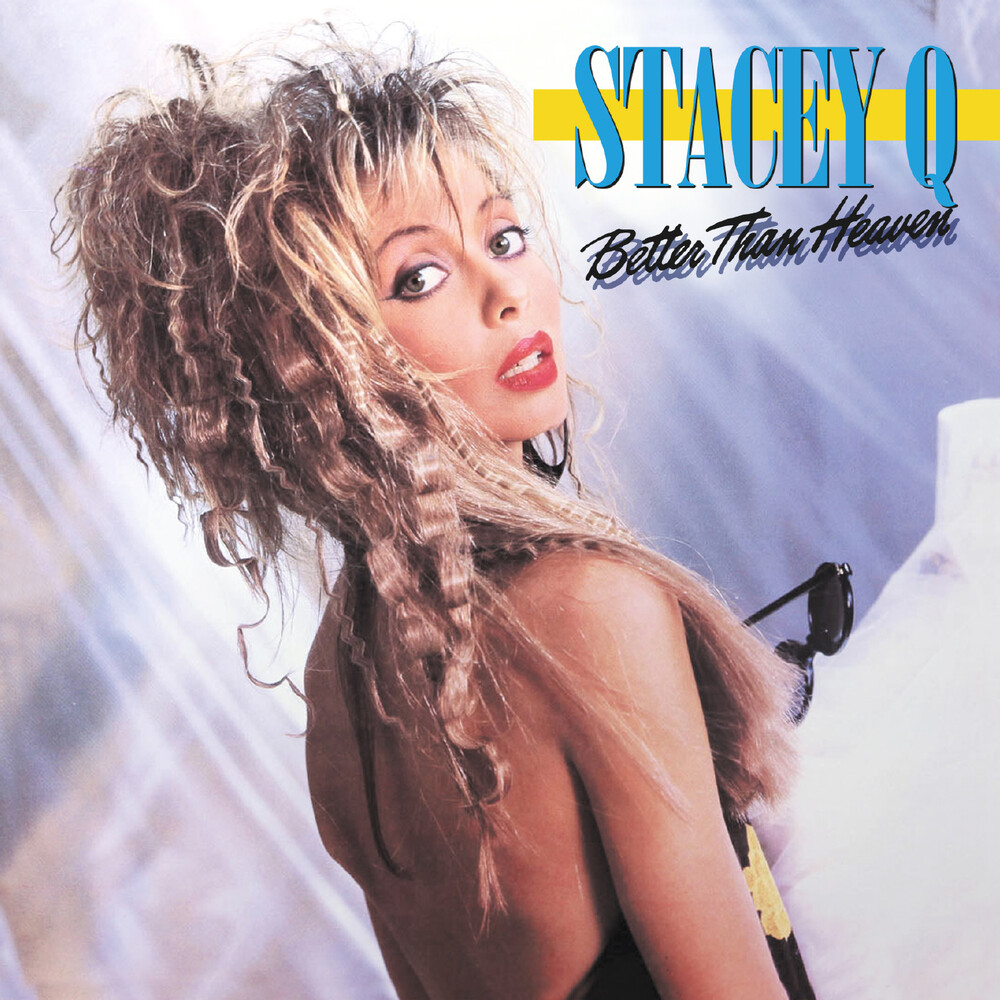 Long overdue re-issue of Stacey Q's debut album, 'Better Than Heaven', originally released in 1986. Two CD collection featuring the ten original album tracks plus all the related bonus material, sourced and mastered from the original analogue tapes from the Atlantic archives. With 19 of the tracks are appearing on CD for the first time. CD 1 features the original LP version of 'Better Than Heaven' including the shorter album version of 'Two Of Hearts', plus versions of her singles, 'Two Of Hearts (Q-Mix Edit)', 'We Connect (Dance Radio Edit)', 'Insecurity (Guitar Mix)', 'Music Out Of Bounds (Edit)' and the 7" B-side 'Dancing Nowhere'. CD 2 is crammed full of 12" mixes and remixes of 'Two Of Hearts' - the European Dance Mix, Q-Mix, Original Mix, Instrumental and the CD Album Version; 'We Connect' - Q-Mix, Safari Mix and the 12" Dance Radio Edit; 'Insecurity' - USA Dance Mix, Instrumental and Bonus Beats 1 & 2; 'Music Out Of Bounds' - Out Of Bounds Mix and Instrumental version. Stacey Q, an American singer songwriter, dancer and actress hit the charts in 1986 with 'Two Of Hearts' peaking at number 3 is the US singles chart and going top 10 in multiple territories. 'Insecurity' became a # 1 hit in the US Dance Charts, with the 'Better Than Heaven' album being awarded a gold certification for sales in the USA. The fold-out six-panel digipak expands and reworks the original album artwork and includes a booklet with a US Atlantic Records discography and sleeve notes written by Michael Silvester. This is the definitive collection of Stacey Q's debut album, and it celebrates her lasting legacy 36 years on from it's original release