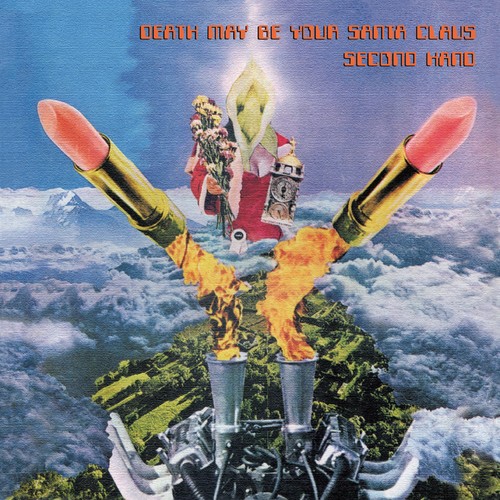 Digitally remastered and expanded edition of the classic 1971 album by Second Hand, Death May Be Your Santa Claus. Second Hand was one of the most original British progressive rock bands to emerge in the late 1960s, albeit a group for whom commercial success was elusive. First coming to prominence in 1968 with the album Reality, Second Hand were unfairly overlooked thanks to record label intransigence and a near fatal line-up change which occurred soon after their debut was released. By the early 1970s the band had earned a cult following in the UK and Europe, and guided by their producer and mentor Vic Keary, they recorded their second album at Chalk Farm studios in 1971 with a line-up of Ken Elliott (organ, mellotron, piano, vocals), Rob Elliott (lead vocals), George Hart (bass, violin, vocals) and Kieran O'Connor (drums). Death May Be Your Santa Claus was the result of limited studio time, but intense creativity, a truly stunning example of progressive/psychedelic rock worthy of anything recorded at that time by Arthur Brown, Hawkwind or even Van Der Graaf Generator. Despite such excellent quality, the album failed to sell in large quantities due to the limited distribution and resources of the Mushroom label. Now highly acclaimed and with original LP copies rarely surfacing or changing hands for high sums among collectors, this Esoteric Recordings edition is most welcome. The release features three bonus tracks, a booklet with essay and exclusive interviews with Ken Elliott and Vic Keary and fully restores the album's original artwork.