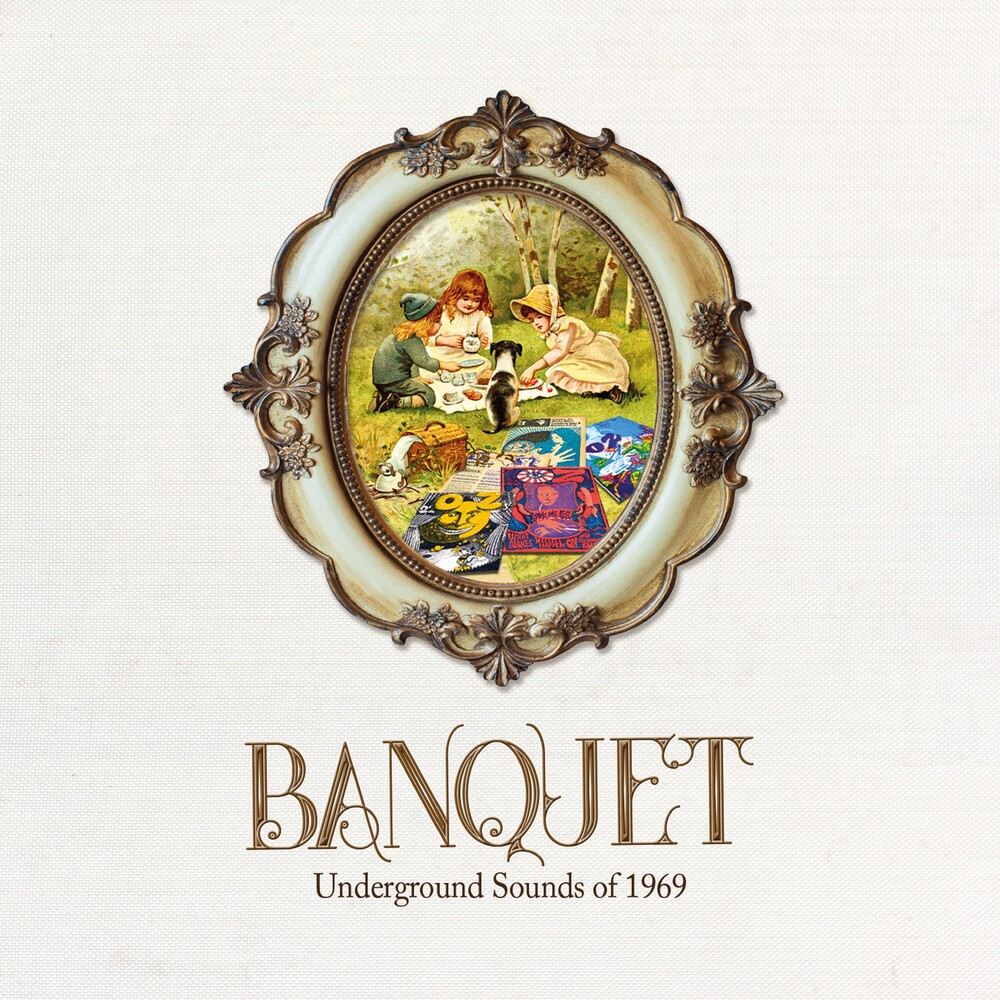 Esoteric Recordings are pleased to announce the next release in their series of compilations celebrating the so-called "underground" rock music - "Banquet - Underground Sounds of 1969", is a 3CD clamshell boxed set which gathers together nearly four hours of music from 1969, a year that saw a huge progression in both musically and socially. It was a fine year for creativity in British album-based rock, embraced by the emerging counter-culture. Musical stylistic influences such as psychedelia jazz, blues, hard rock, folk and even classical music melded, all of which championed by "underground" figures of the day such as DJ John Peel on his BBC Radio One show Top Gear and by publications such as International Times and Oz. The common thread among all of these artists was an emphasis on experimentation and a desire to push the perceived boundaries of popular music. It was also a year that would see the birth of "progressive" record labels such as EMI's Harvest and Phillips Records' Vertigo imprints, both aiming to mimic the success that independent labels such as Island Records had achieved and it was the year when the "sampler" compilation albums such as "You Can All Join In", "Nice Enough to Eat", "Gutbucket", "Son of Gutbucket" and "Wowie Zowie! - The World of Progressive Music" left a lasting impression on the album buying audience. 1969 also saw bands that would go on to achieve success and influence in the 1970s such as Deep Purple, Fleetwood Mac, Ten Years After, Jethro Tull, Barclay James Harvest, Edgar Broughton Band, Free, Family, Genesis, Strawbs, Van Der Graaf Generator, Man and Yes begin their rise to prominence. Aside from featuring better known acts such as Jack Bruce, Thunderclap Newman, Procol Harum, Moody Blues, Taste, Fairport Convention, Colosseum, Michael Chapman and The Jeff Beck Group, this compilation also features lesser-known acts that produced fine work of a wide breadth such as Eyes of Blue, East of Eden, Blodwyn Pig, Locomotive, Mighty Baby, Pete Brown and The Deviants. This collection celebrates a creative period when rock music was evolving into something altogether more serious, moving away from the single as medium to give way to the dominance of the album. Open your ears to "Banquet - Underground Sounds of 1969".