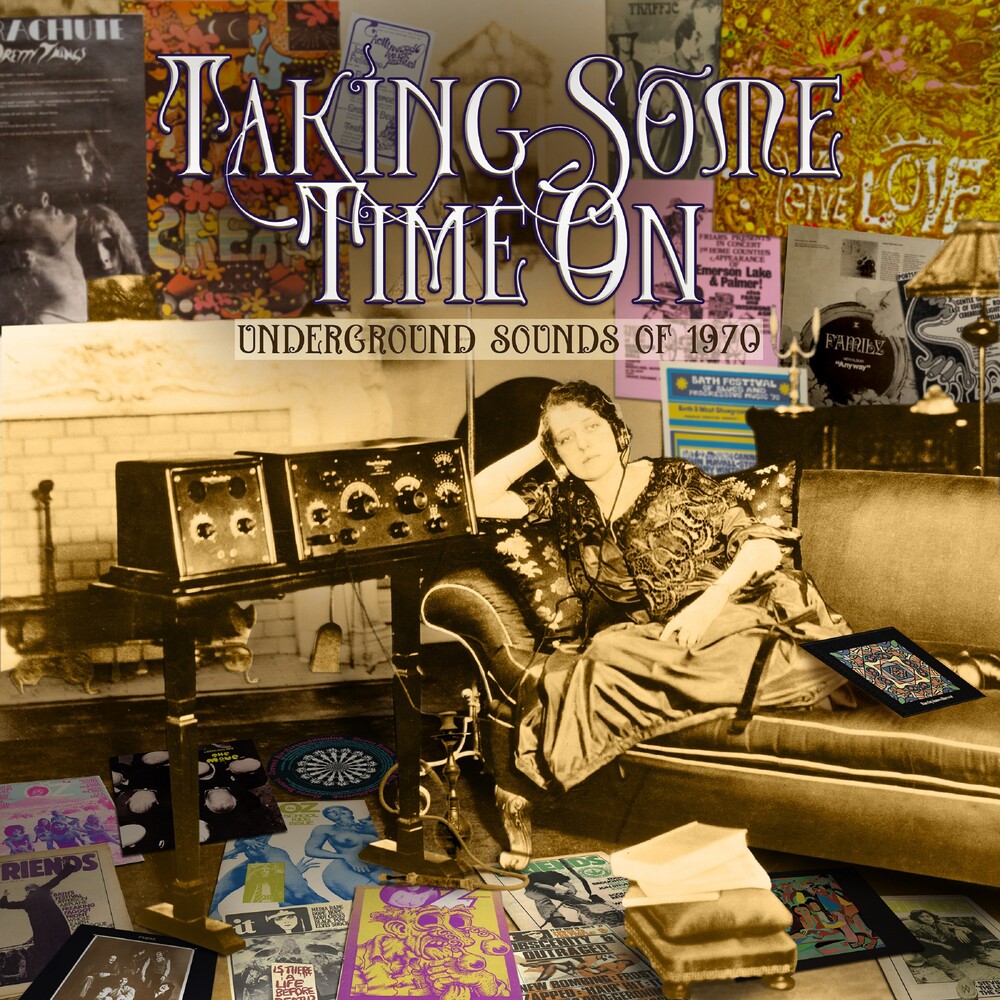 Esoteric Recordings are pleased to announce the next release in their series of compilations celebrating the so-called "underground" rock music - "Taking Some Time On - Underground Sounds of 1970", is a 4 CD clamshell boxed set which gathers together over five hours of music from 1970, the first year of a new decade that would see Progressive music in all it's forms become a dominating force with the album-buying public. The innocence of psychedelia and the optimism expressed by such vast expressions of the Hippy ideal as the Woodstock Festival in New York State and the Hyde Park Free Festivals of 1969 in London were shattered by the violence of the Altamont Festival in California at the end of the year. As 1970 dawned, a more cynical tone began to appear in the counter-culture which was also reflected in some of the music by "Progressive" artists as some music got heavier or more anarchic. Jazz, blues, hard rock, folk and classical music influences melded together to form a diversity of music among so-called Underground artists, championed by "underground" figures of the day such as John Peel on his BBC Radio One show Top Gear. These artists retained a common audience who anticipated their albums eagerly, resulting in the "progressive" imprints of major record labels such as EMI's Harvest, Decca's Deram and Philips Records' Vertigo imprints and the independent Island Records enjoying healthy sales with some artists enjoying success in the UK singles charts. Universities and Colleges were regular venues on burgeoning live music circuit in the UK for these artists, most of whom earned loyal followings through regular concert performances both in Britain and in Europe. 1970 was also a year of major rock festivals in Britain, all of whom featured "Progressive" album focussed artists. Free concerts in London's Hyde Park and events such as Plumpton Festival, The Bath Festival of Blues and Progressive Music and the infamous Isle of Wight Festival of 1970 (gate-crashed by underground agitators protesting against the entrance fee being charged by the organisers) all showcased some of the best music of the time.