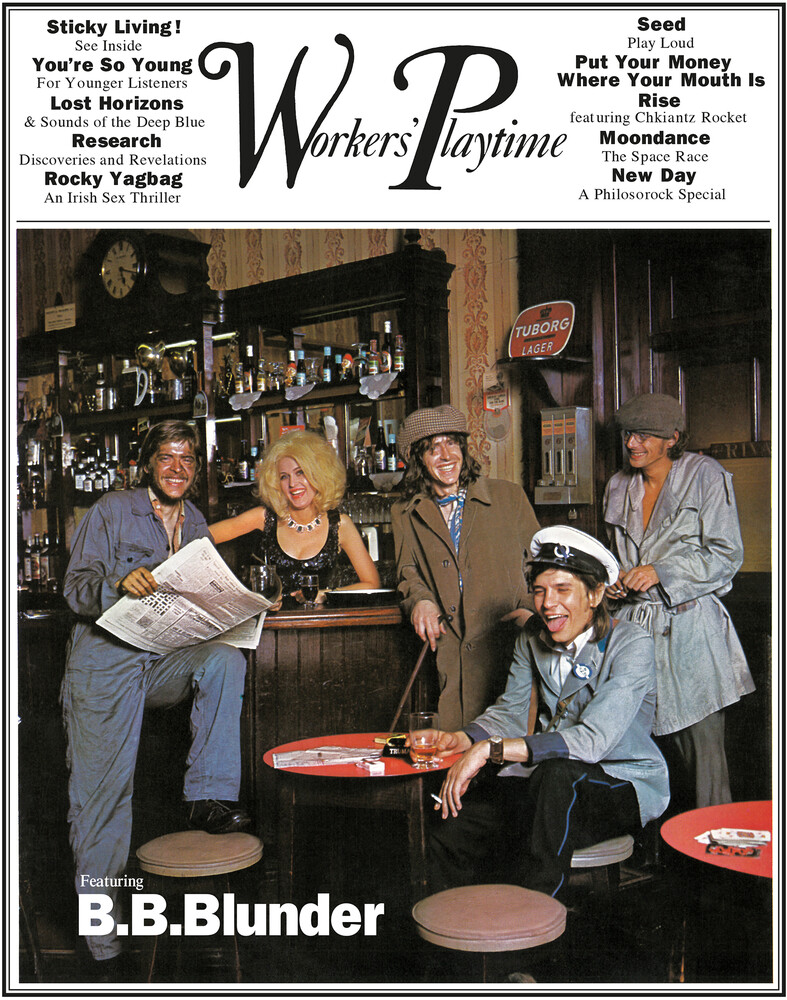 Newly Remastered Expanded 2cd Release Of This Album From 1971 By Former Blossom Toes Members Brian Godding, Brian Belshaw And Kevin Westlake. Featuring Julie Driscoll, Mick Taylor, Marc Charig, Nick Evans And Brian Auger. With Two Bonus Tracks From A Previously Unreleased BBC Radio Session And An Additional CD With 11 Further Bonus Tracks. Newly Remastered And Expanded Edition Of The 1971 Album 'Workers' Playtime' by BB Blunder. Following the demise of the legendary Blossom Toes in December '69, guitarist Brian Godding and bassist Brian Belshaw backed vocalist Julie Driscoll at two London concerts in early 1970, along with drummer Barry Jenkins. The second of these concerts took place at The Roundhouse on 27th February 1970. A highlight of the performance was a rendition of Godding's rousing composition 'New Day', a song recorded by Blossom Toes but sadly not released. The concert was enthusiastically reviewed by the underground press prompting the event organiser, Peter Swales, to propose the band re-record 'New Day'. By this time Jenkins had departed and so former Blossom Toes drummer Kevin Westlake stepped in. Recording sessions took place at Olympic Studios with guest contributions from musicians such as Driscoll, Mick Taylor and Brian Auger along with jazz musicians Marc Charig and Nick Evans. Adopting the band name BB Blunder, the album was released in May 1971. A fine work with progressive and jazz influences with excellent material such as 'New Day', 'Sticky Living' and the epic 'Seed' (a track also featured on the classic sampler 'All Good Clean Fun') it failed to make a commercial impact and BB Blunder disbanded, leaving a legacy of this wonderful album. This Esoteric Recordings edition has been remastered and is expanded to include two previously unreleased tracks recorded for the BBC Radio 1 Sounds Of The '70s programme which featured a different band line-up with vocalist Reg King (formerly with The Action), keyboard player Nick Judd and drummer Chris Hunt. The set also has an additional CD of out-takes from the Olympic Studios recording sessions.