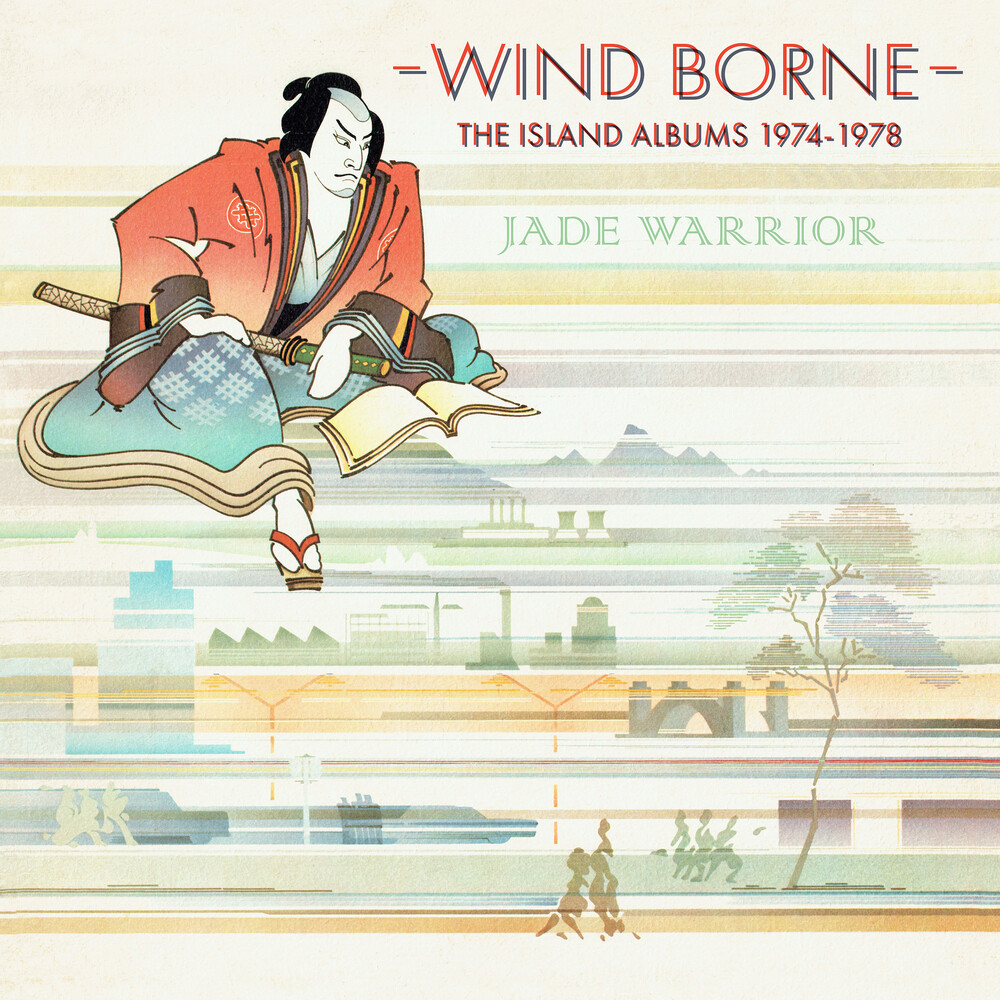 A Newly Remastered Clamshell Box Set Featuring The Four Albums Released By Island Records Between 1974 And 1978. Newly Remastered From The Original Master Tapes. Includes Illustrated Booklet With Essay. 'Wind Borne - The Island Albums 1974-1978' features newly remastered versions of 'Floating World', 'Waves', 'Kites' and 'Way Of The Sun'. After releasing a series of albums for Vertigo Records, the original line-up of Jade Warrior split in 1973. Flautist Jon Field and innovative guitarist Tony Duhig decided to continue under the moniker and embarked on composing and recording a series of wonderful albums for Island Records in 1974. Coming to the attention of Island founder Chris Blackwell through a recommendation from Steve Winwood, Island issued 'Floating World' in 1974. Stylistically, Jade Warrior had now evolved into an instrumental entity, pioneering a unique fusion of ethnic Japanese influences and ambient progressive rock which soon became critically acclaimed. The 1975 album 'Waves' took this template still further and featured guest musician Steve Winwood on piano and Moog synthesiser. 'Kites', issued in 1976, was even more ambitious, featuring a host of guest musicians including Fred Frith of Henry Cow and Clodagh Simmons of Mellow Candle. Jade Warrior's final album for Island Records, 'Way Of The Sun', was issued in 1978 and was arguably their finest album. An incredibly evocative work, inspired by the mythology of the Incas, the album saw Field and Duhig at the peak of their creative powers. 'Wind Borne - The Island Albums 1974 - 1978' has been newly remastered from the original master tapes and is a fine collection of truly innovative and beautiful music by Britain's foremost pioneering progressive rock duo. Classic Jade Warrior.