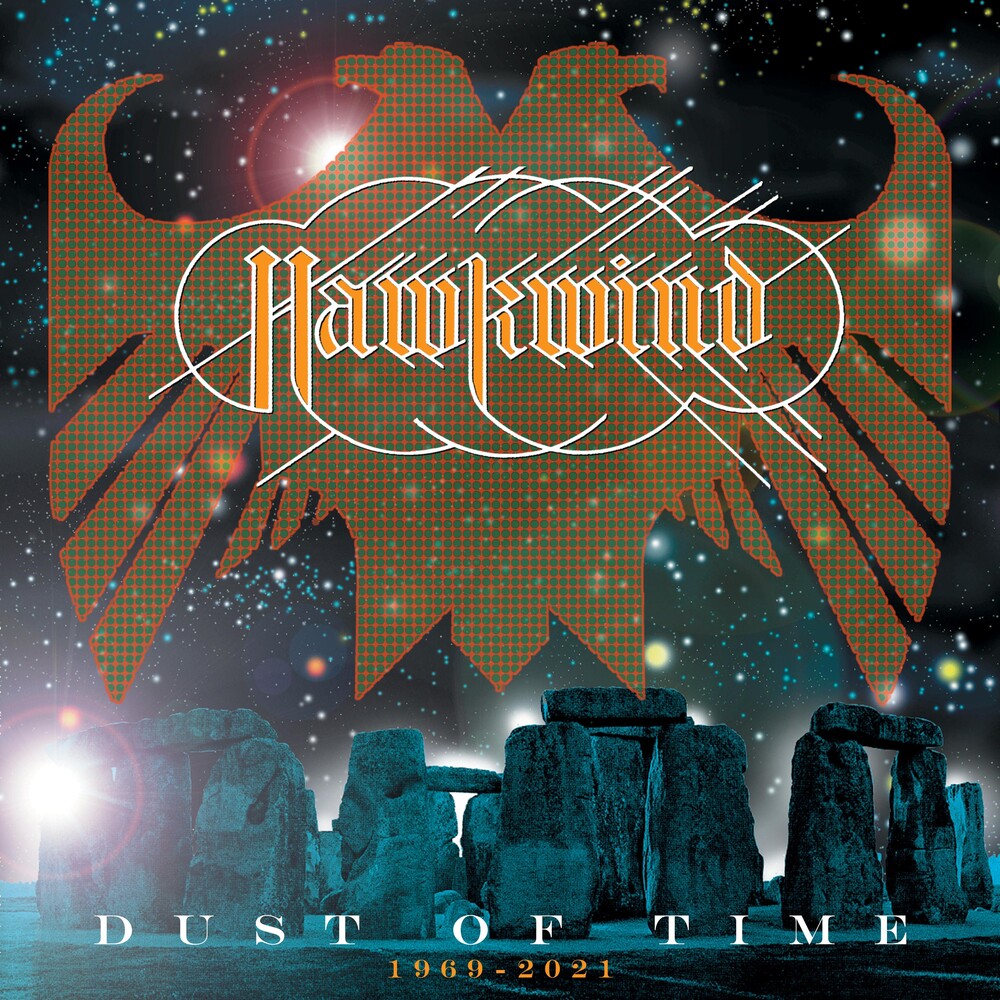 A deluxe 2 CD digipack set gathering together 26 tracks of musical highlights of over 50 years of the legendary Hawkwind. The first ever compilation to gather together all eras of the band's history. Includes an illustrated booklet with new essay and exclusive interview with Dave Brock. Hawkwind are one of the most legendary British bands who emerged at the dawn of 1970s. Formed in the Notting Hill area of London in 1969 and always helmed by their visionary leader Dave Brock, Hawkwind truly bridged the genres of psychedelic rock, hard rock and art rock to create a sound of their own. Signing to Liberty/United Artists in 1970, Hawkwind's formative years saw them form their own brand of so-called Space Rock over a series of classic albums such as 'X In Search Of Space', 'Doremi Fasol Latido', 'Space Ritual' and 'Hall Of The Mountain Grill', with a series of ever changing line-ups. Their 1972 hit single 'Silver Machine' and imaginative stage shows firmly established them in the consciousness of rock audiences. 1975's 'Warrior On The Edge Of Time' marked the closure of one era of the band and saw Hawkwind progress in the latter half of the '70s to a more streamlined, art rock approach, with vocalist and lyricist Robert Calvert as front man on stage. The four albums the band issued during this period saw them embrace the New Wave of rock which was taking hold. In the 1980s and 1990s Hawkwind were embraced by followers of Heavy Metal and latterly Acid House audiences (although the band remained unclassifiable). Throughout the decades, the band has always retained their influential edge. 'Dust Of Time' celebrates Hawkwind's career of over 50 years and gathers together 26 tracks of musical highlights of this incredible legacy. It is the first compilation to encompass key tracks every era of this remarkable band's history and is a tribute to their legacy.