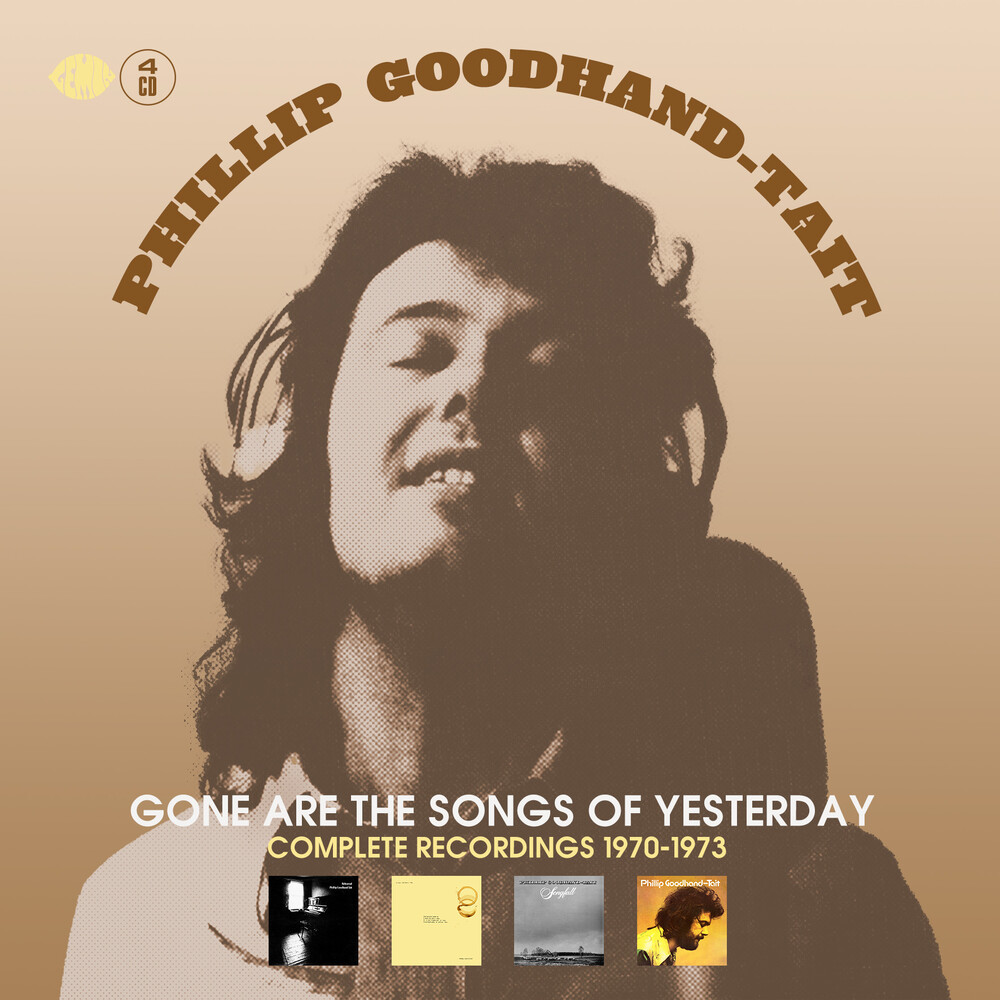 A new 4-CD collection documenting Phillip Goodhand-Tait's prolific early '70s solo era, featuring four albums originally released on DJM (after he was signed to the label alongside another promising singer-songwriter, Elton John). All four titles - 'Rehearsal' (1970), 'I Think I'll Write A Song' (1971), 'Songfall' (1972) and 'Phillip Goodhand-Tait' (1973) - finally make their debut on CD in the UK. Compiled and overseen with Phillip's full involvement and blessing, 'Gone Are The Songs Of Yesterday' pays testament to his skills as both performer and composer. Each album features bonus tracks originally tucked away on 7" singles, as well as the added delight of three recordings from the previously unissued soundtrack for the 1971 film Universal Soldier. Phillip Goodhand-Tait is a renowned English singer-songwriter, producer and keyboard player. Through a long and varied career, dating back to his roots in the '60s club scene with The Stormsville Shakers, he has written songs covered by the likes of The Love Affair (including several hits), Gene Pitney and Roger Daltrey, played harmonium for Chris de Burgh and produced bands as diverse as Magnum, Venom, Climax Blues Band and Kid Creole And The Coconuts. 'Rehearsal', the first of the quartet, boasts string arrangements from Robert Kirby (Nick Drake, Elton John, etc. ), the perfect accompaniment for Phillip's many songs co-written with John Cokell. By the time of 'I Think I'll Write A Song' (1971), the band had mastered live performances and the record had a heavier, more guitar-based feel. 'I Think I'll Write A Song' reverted to a more intimate style, while 'Songfall' featured guest musicians including Ray Cooper and Rick Wakeman and re-interpretations of Buddy Holly's 'Everyday' and the Everly Brothers' 'When Will I Be Loved'. The eponymous final album of the quartet (1973), benefitting from DJM's huge worldwide success with a greater recording budget.