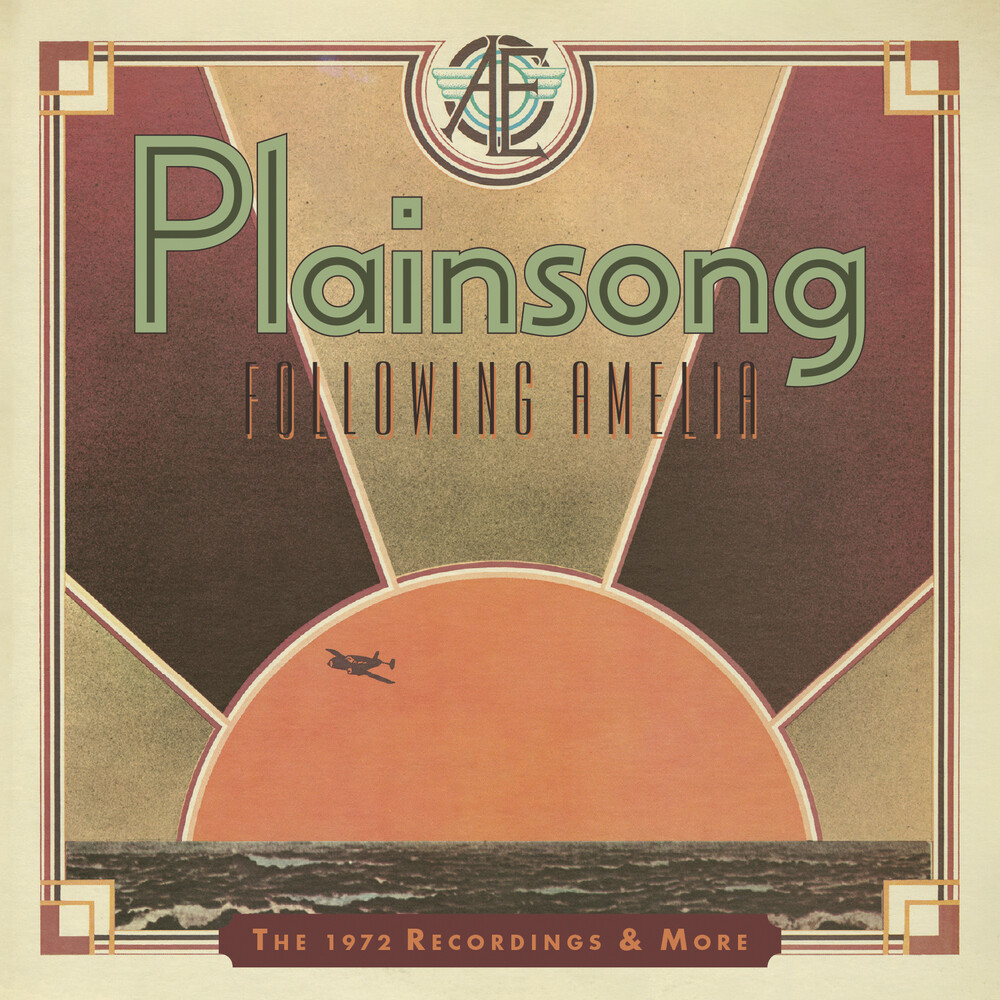 118-track, 6CD box set from the legendary British country rock/folk rock band Plainsong. Features a 50th anniversary re-issue of their 1972 debut album 'In Search Of Amelia Earhart', digitally remastered from the original reel-to-reel master tapes. Contains over 50% previously unreleased material, including: several rare 1970s BBC recordings, the full original 1972 Folk Fairport concert in Amsterdam, and excerpts from the very first concert by the reformed Plainsong in Mayrhofen, Austria in 1993. Plus 2020 remakes of Amelia songs originally recorded to accompany Ian Clayton's book In Search Of Plainsong. Plainsong, formed in London in late 1971; comprised of singer Iain Matthews, who with Matthews Southern Comfort had a worldwide hit with Joni Mitchell's song 'Woodstock'; former Liverpool Scene and Everyone guitarist Andy Roberts; piano and bass player David Richards; and the New York guitarist Bobby Ronga. The four met at Iain's north London flat in December 1971 and worked throughout 1972, touring the UK and Europe, recording numerous sessions for the BBC plus two excellent albums (the second of which remained unreleased until 2005) before breaking up at the end of that year as Iain headed to California to begin a new career as a solo artist. With the addition of former Matthews Southern Comfort guitarist Mark Griffiths and singer/ songwriter Julian Dawson, they reformed in 1992, returning to the live stage again in Mayrhofen, Austria in August 1993 - their first concert in 21 years. For a while in the late 1990s, Julian was replaced in the band by Clive Gregson before returning again in 2003. This 6CD box set, released some 50 years after their 1972 debut with 'In Search Of Amelia Earhart', not only contains that album digitally remastered from the original tapes but also the 'Now We Are 3' second album, alongside a host of previously unissued tracks from Iain and Andy's own archives and from the collections of fans worldwide. Plainsong's 1972 BBC In Concert special for Bob Harris gets it's first official airing on CD, as does the rare Sounds On Sunday radio broadcast, their very last recording together before the break-up.