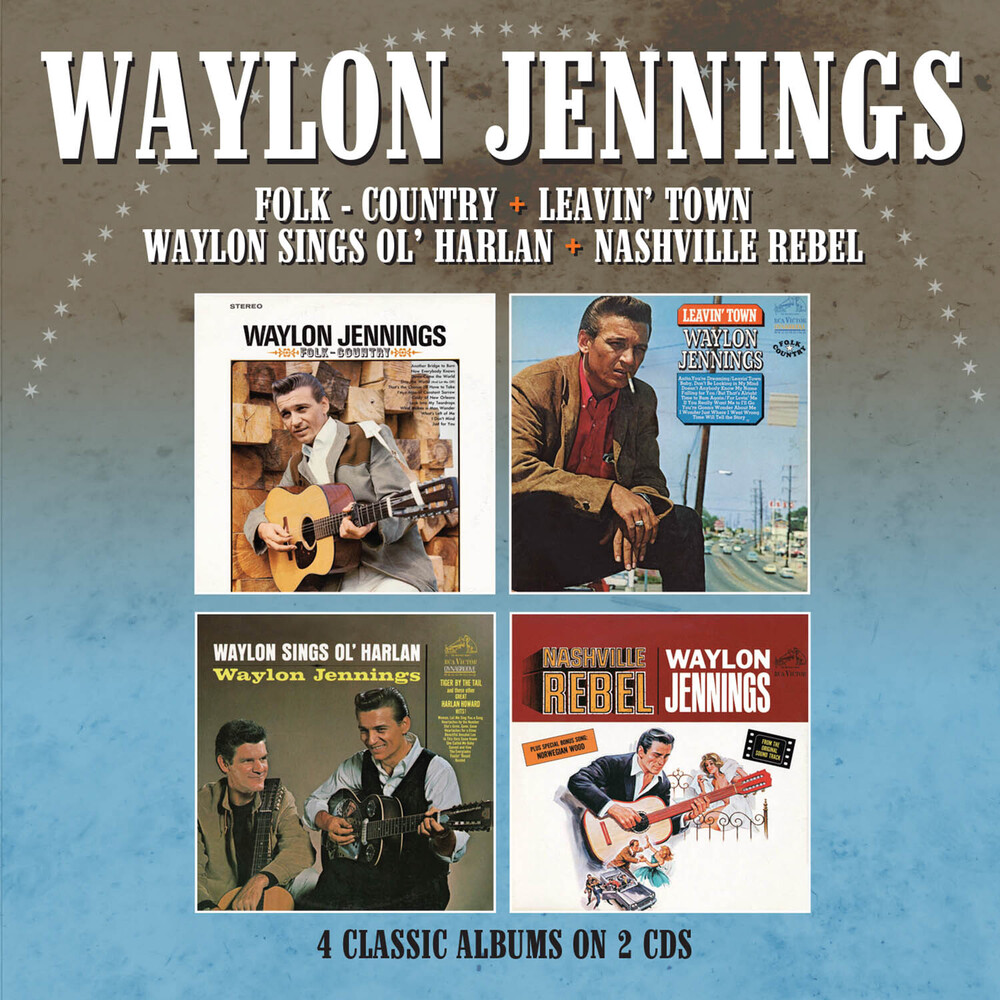 Four albums on two CDs were recorded between 1966 and 1967, available for the first time in this format. One of the finest country singers of all time, Waylon Jennings ranked No. 7 in Rolling Stone magazine's poll of 100 greatest country artists. In a 37 year recording career Waylon achieved 100 country chart singles and 60 chart albums. Produced by Chet Atkins who billed Waylon as "Folk Country. Reflecting Jennings' Texas roots, his debut 'Folk-Country' featured the producer's regular team of session musicians, living up to Atkins' vision. 'Leavin' Town', his second album, enjoyed much greater success with songs written by Gordon Lightfoot, Mel Tillis, Bobby Bare, Delbert McClinton and Rod McKuen. Album three featured Kentucky-born songwriter Harlan Howard's songs. Howard had moved to Nashville in June 1960, and had become Waylon's most chosen songwriter during his early days, the collection includes standards like 'Busted' and 'Heartaches By The Number' as well as songs also recorded by Buck Owens. Waylon's career took an additional boost when he was selected for the lead role in Nashville Rebel, a Country music movie with a big budget for the time, it even possessed a plot (albeit slight), the fourth album here features songs from the soundtrack.