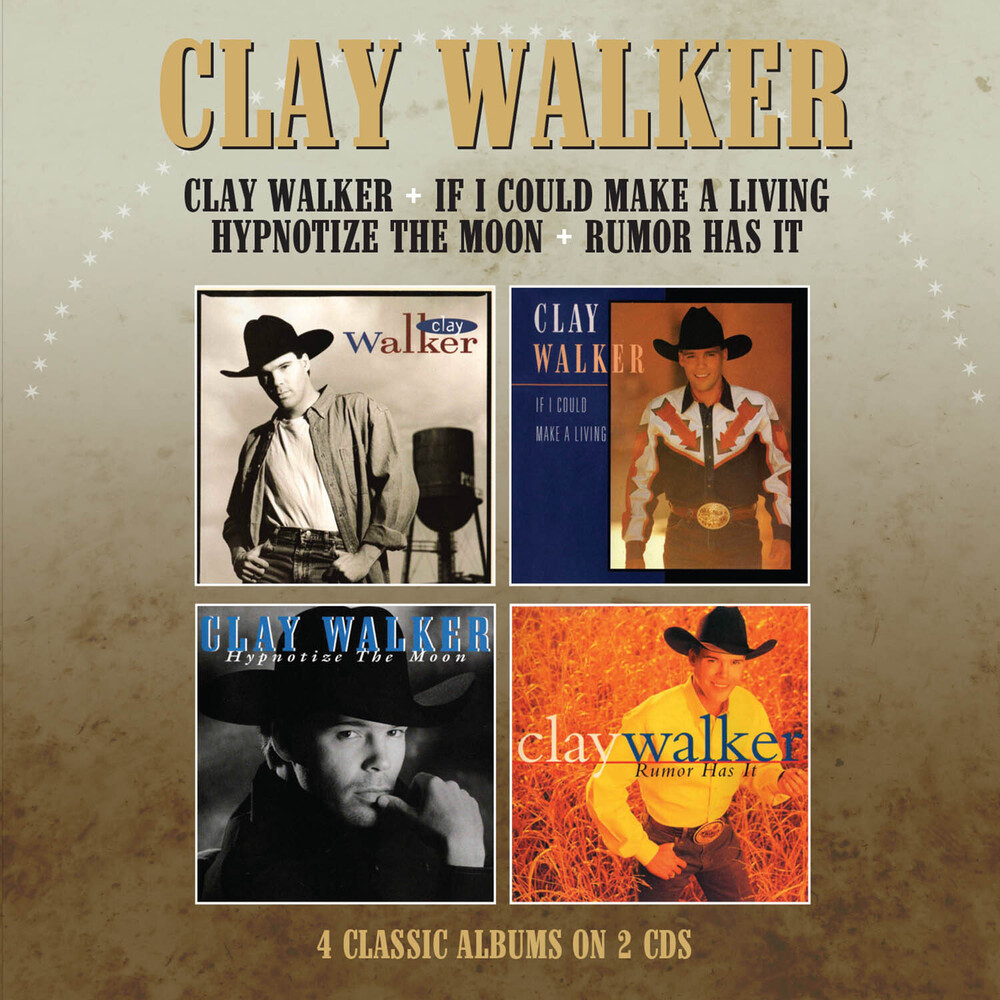 Clay Walker's first four Platinum-selling albums from 1993 to 1997 available on this great value 2CD set. Contains 16 hit singles including six Number Ones. Combined, these albums spent a total of 276 weeks on the American country charts. Clay Walker signed with Giant Records in 1993 and remained with the label until it closed it's doors in 2001 making him it's biggest and fastest-selling country artist during the label's 11-year history. Born Ernest Clayton Walker on 19th August 1969 in Beaumont, Texas, the same Gulf of Mexico town best known in country music history for launching the career of George Jones, but also, in more recent times, as the birthplace of Mark Chesnutt and Tracy Byrd. When George Strait launched his career and, ignoring his record label's advice, wore a cowboy hat, he opened up the doorway for a new movement in country music; "Hat Acts". Some were, as Strait was himself, genuine cowboys who wore Stetsons as part of their everyday dress, others were imitators obviously hopping on to the bandwagon. Clay Walker was the genuine article.