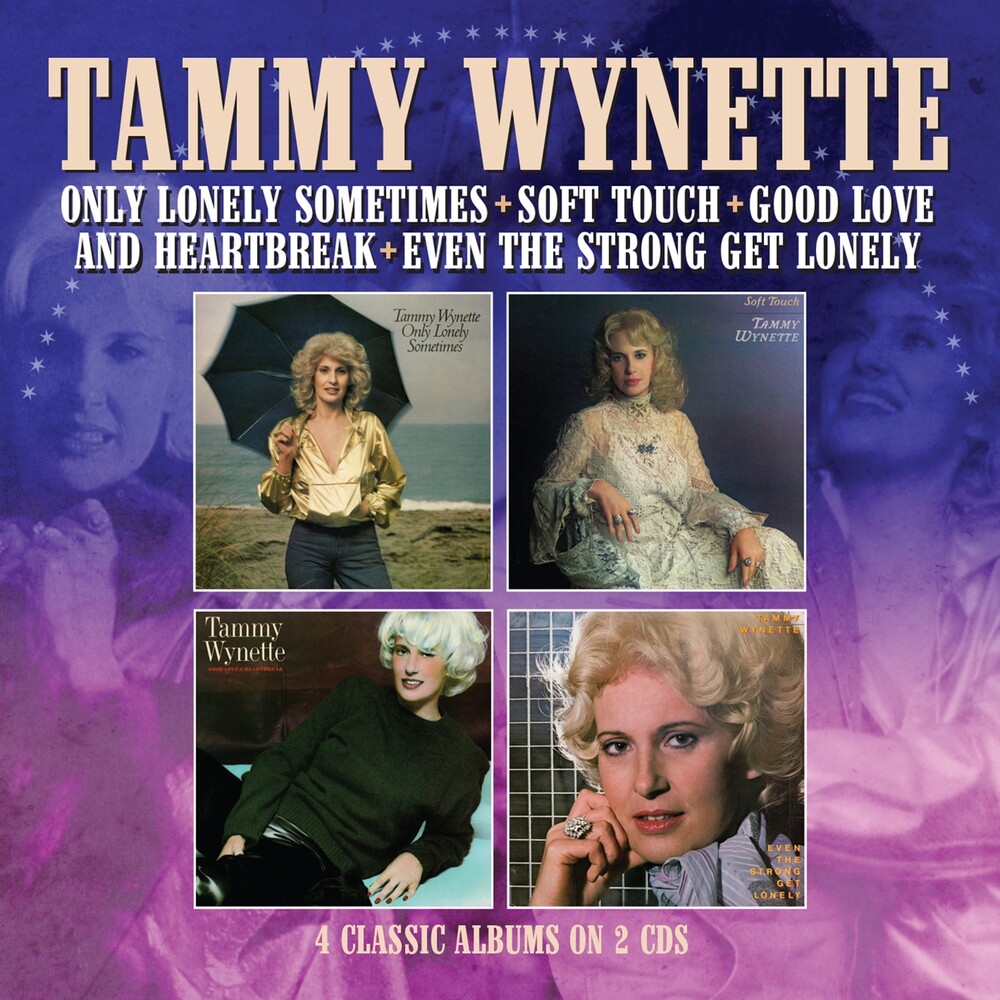 All four albums appear for the first time on CD. Tammy Wynette, known as the "First Lady of Country Music", was one of the genre's truly iconic figures. The much-beloved entertainer, during a twenty-seven year recording career, saw the release of 42 studio albums and charted 73 singles. Tammy's first two singles in 1980, "He Was There (When I Needed You)" and "Starting Over" just scraped into the Top 20 (both halted their chart rise at No. 17) and the time seemed right for a change. Billy Sherrill, who had launched the singer back in 1966 and was responsible for all her recording through subsequent years, bowed out with her 21st album on Epic Records, 'Only Lonely Sometimes', a collection that Cashbox magazine critiqued "Tammy kicks off a new decade with a powerful album". George Richey, Tammy's husband, now took over as her record producer. The other three albums in this collection, 'Soft Touch' (1982), 'Good Love & Heartbreak' (1982), and 'Even The Strong Get Lonely' (1983), were Richey productions and, like Sherrill's earlier work, featured the cream of Nashville session musicians. Each album also possessed two chart singles, the most successful of them, "Another Chance", rising to No. 8. The other singles were "You Still Get To Me In My Dreams", "A Good Night's Love", "I Just Heard A Heart Break (And I'm So Afraid It's Mine), "Unwed Fathers" and "Still In The Ring". Tammy Wynette's name never vanished from the charts right up until her death on April 6th 1998 at the tragically early age of 55. She was inducted into the Country Music Hall of Fame later that year.