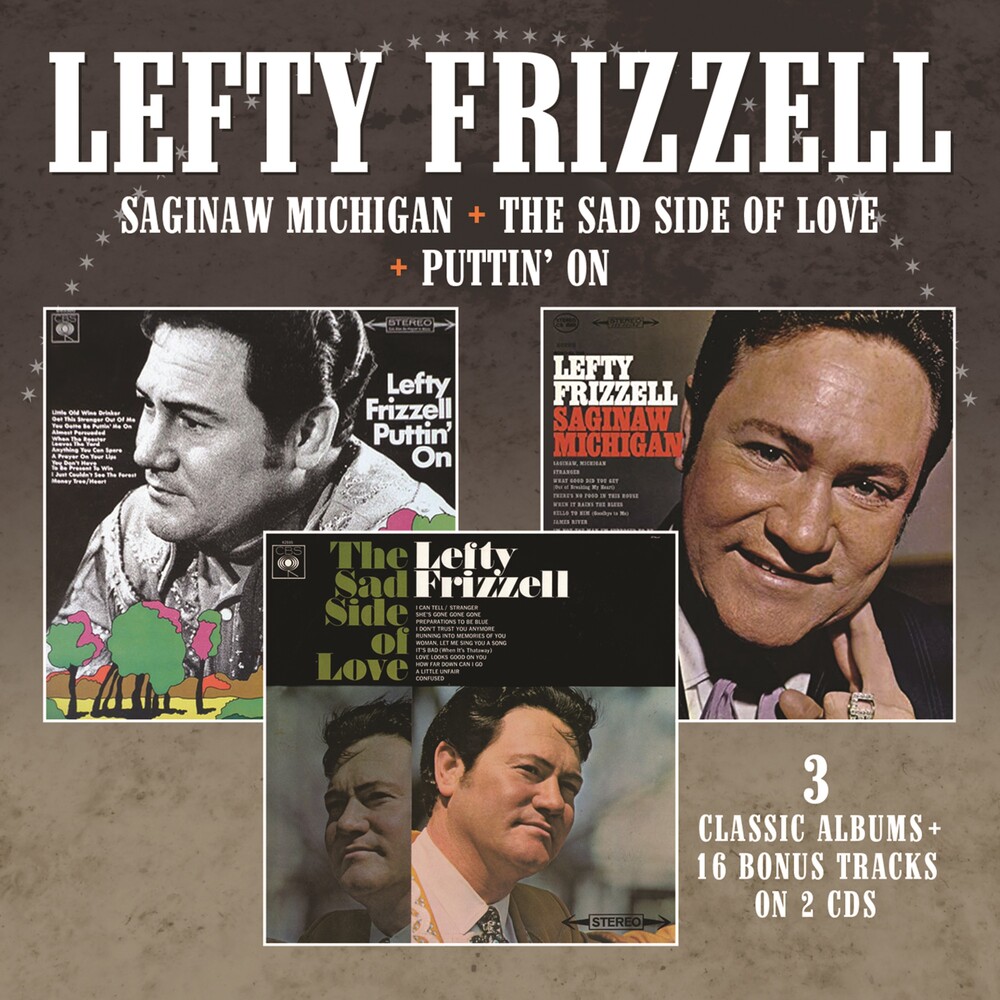 There are few artists in country music more highly praised, or influential, as Lefty Frizzell. With a vocal styling often imitated but never matched, he found one of his greater advocates in Merle Haggard though musicians such as Keith Whitley, Johnny Rodriguez and Randy Travis were amongst others who also acknowledged his influence on their work. The son of an oil field worker, William Orville Frizzell was born in Corsicana, Texas on 31st March 1928 but raised in Dorado, Arkansas when his family moved there shortly after his birth. In a 25 year recording career, he gave country some of it's most iconic recordings, adding a highly distinctive, vowel-bending singing style to the honky-tonk sounds of his native Texas. But with success came the demons and Lefty Frizzell was also one of the music's most tragic figures. He paid the price for the years of heavy drinking and this, combined with high blood pressure, led to him suffering a massive stroke. He died on 19th July 1975. He was just 47 years old. Seven years later, his considerable contribution to country music was recognised in his induction to Nashville's Country Music Hall of Fame. In 1964 the "Saginaw Michigan" album reached No. 2 in the album charts and the title track spent four weeks at No. 1 in the singles chart remaining there for 26 weeks. 'The "Sad Side of Love" (1965) and "Puttin' On'" (1967) appear on a UK CD for the first time. This fabulous release also features 16 Bonus Tracks that were released as singles between 1964 and 1971.