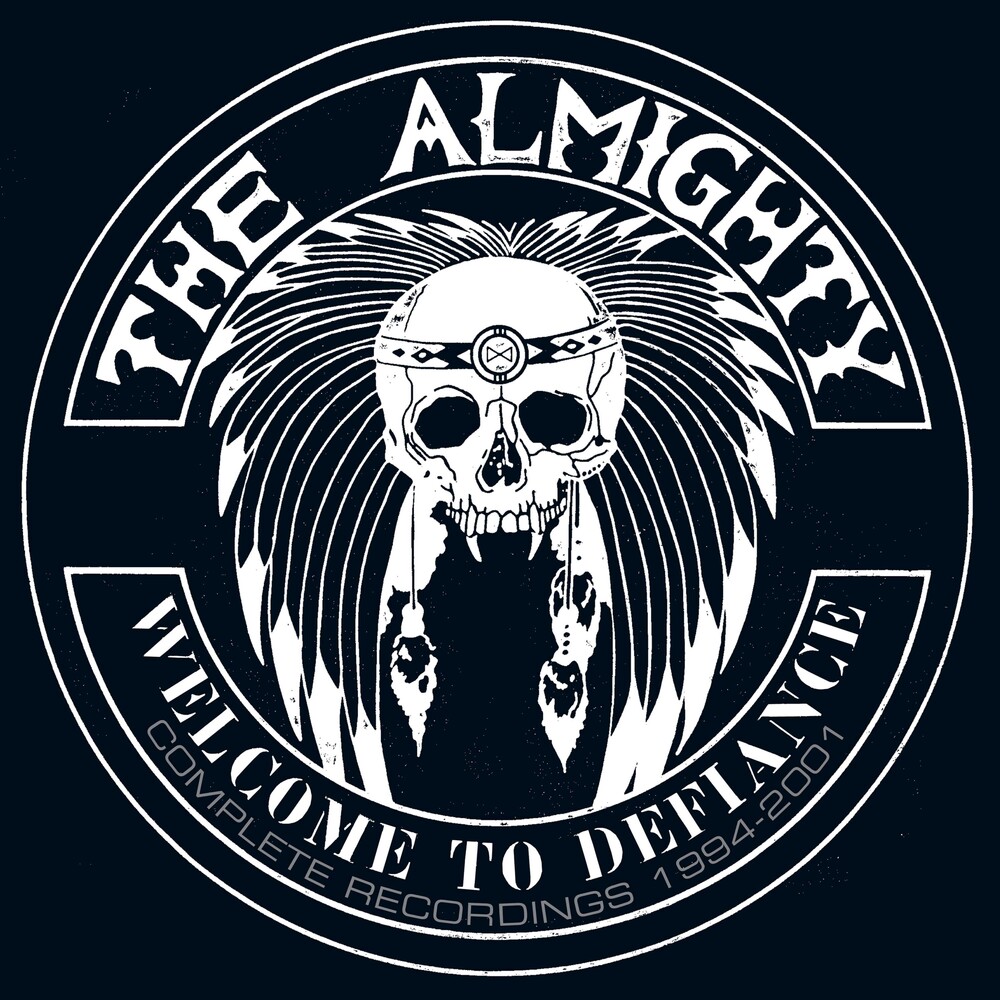 Scottish school friends Stump Monroe (drums), Floyd London (bass) and Ricky Warwick (guitar, vocals) formed The Almighty with guitarist Tantrum in 1988. After recording three LPs of hard-hitting rock and metal for Polydor Records between 1989 and 1993, The Almighty signed to Chrysalis Records in 1994. Shifting to a sound more informed by the punk that had initially inspired them, their punk rock credentials were further brought to the fore on "Crank" (1994) by the Jamie Reid cover design, famed for his iconic and highly influential Sex Pistols artwork. Featuring the singles 'Wrench' and 'Jonestown Mind', "Crank" reached No. 15 in the UK charts. Recording a second record for Chrysalis, "Just Add Life" (1996) was eventually released by UK independent label Castle. Featuring the singles 'All Sussed Out' and 'Do You Understand', "Just Add Life" is also notable for it's artwork by design legend and album cover guru, the late Storm Thorgerson. Following "Just Add Life", The Almighty decided to call it a day, with singer Ricky Warwick perusing a solo career. Reforming in 2000 around a line-up of Ricky, Stump and Floyd, they were joined by guitarist Nick Parsons. By 2000, Castle Music had morphed in Sanctuary Records, who released the self-titled "The Almighty" (2000) swiftly followed by "Psycho-Narco" (2001), by which time Gav Gray had joined them on bass. Whilst on tour in Japan supporting the release of "Crank", the band recorded the live album "Crank and Deceit: Live in Japan", recorded at Osaka's IMP Hall on 16th July 1995, captured here on CD5. It features Almighty classics 'Wild And Wonderful', 'Addiction' and 'Crucify', as well as newer cuts such as 'Ultraviolent' and 'United State Of Apathy'. The Almighty aren't just an albums band, having released plenty of singles across their career, many with exclusive bonus tracks. Collected together on CD 6 are Ruts and Therapy? remixes of 'Jonestown Mind', as well as non-album cuts, 'DSS (Desperately Seeking Something)' and 'Tense Nervous Headshake'. Also included on disc six are tracks from some of their heroes and influences, including covers of Eddie & The Hot Rods' 'Do Anything You Wanna Do' and Charged G. B. H. 's 'Give Me Fire'. The seventh and final disc is based around a number of live recordings, including a show recorded on 3rd October 1994 at Stuttgart's Kongret Zentrum whilst touring to support "Crank". Many tracks had appeared as B-Sides, but have been collected together here for the first time. The band effectively split up following "Psycho-Narco" in 2002, but reformed their classic line-up of Ricky, Stump, Floyd and Pete Friesen in 2006 for well received live gigs, playing their final show in 2009. As well continuing his solo career, Ricky Warwick was invited to join Thin Lizzy in 2009, with a line-up that formed the basis for Black Star Riders, who have subsequently released four very successful studio albums.