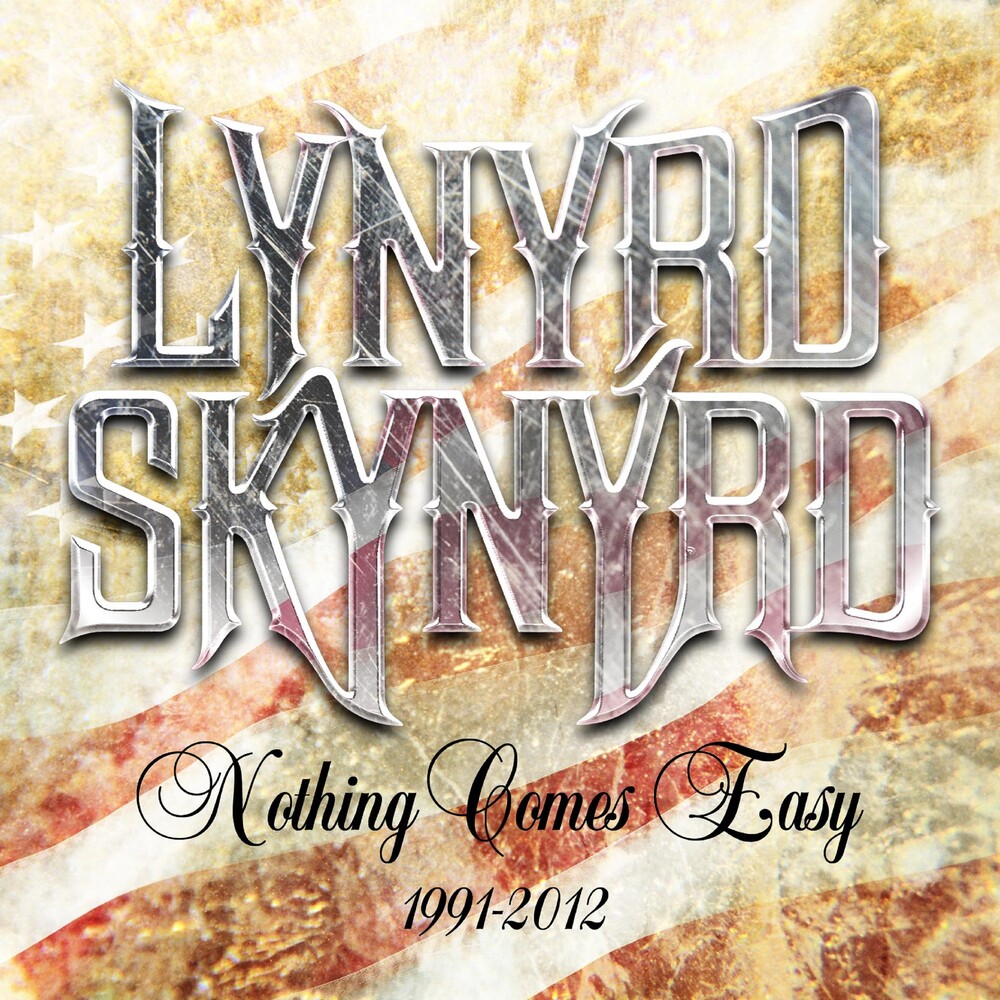 With roots going back to 1964 when this fledgling bunch of Southern Rockers from Jacksonville, Florida were playing colleges before graduating to local bars, Lynyrd Skynyrd were primed for international success with their debut record in 1973. Tragically, their career was cut short in October 1977 when their plane crashed at the outset of their Street Survivors tour. The surviving members regrouped in 1987 for the Lynyrd Skynyrd Tribute Tour. Fronted by Johnny Van Zandt, younger brother of inimitable Skynyrd singer and front man Ronnie Van Zandt, he was joined by original band members Gary Rossington on guitar, Ed King on guitar, Leon Wilkeson on bass, Billy Powell on keyboards and Artimus Pyle on drums for "Lynyrd Skynyrd 1991". Guided by legendary producer Tom Dowd, and signing to Atlantic Records, "1991" kicks off with single 'Smokestack Lightning'. This release includes the single edit of 'Keeping The Faith' as a bonus track. 1993's "The Last Rebel", their seventh album, and second for Atlantic, included the singles 'Good Lovin's Hard To Find' and 'Born To Run'. The three bonus tracks included here are 'The Last Rebel' (Edit) 'The Last Rebel' (Acoustic)' and 'Born To Run (Edit)'Lynyrd Skynyrd continued to tour and release records throughout the 1990s and into the next decade, eventually releasing their thirteenth record "God And Guns" in 2009 on Roadrunner Records. Including guest spots from John 5 and Rob Zombie, and produced by Bob Marlette, "God And Guns" was their highest charting release since 1977's "Street Survivors", peaking at #18 on the U.S. Billboard chart. By this time, southern rock legend Ricky Medlocke had been a fully paid up member of Skynyrd for more than twenty years. Kicking off with the singles 'Still Unbroken' and 'Simple Life', it marked the final album to feature keyboard player Billy Powell, who sadly passed away at the beginning of 2009. The bonus tracks from the special edition are included here; 'Bang Bang', 'Raining In My Heartland', 'Hobo Kinda Man', plus three live tracks recorded at the Freedom Hall in Louisville, Kentucky, 'Red White & Blue' (Live), JJ Cale's 'Call Me The Breeze' (Live) and the perennial classic, 'Sweet Home Alabama' (Live).Released in 2012, fourteenth studio album "Last Of A Dyin' Breed" made an even better dent on the U.S. chart, peaking at #14. Again produced by Bob Marlette and released on Roadrunner Records, the title track was released as the lead single. Released in various formats, including a Classic Rock magazine "fanpack", this version includes six bonus tracks from the album; 'Poor Man's Dream', 'Do It Up Light', 'Sad Songs', 'Low Down Dirty', 'Skynyrd Nation' (Live) and fittingly finishing off with a live rendition of a track from their 1973 debut, "(Pronounced 'Leh-'nérd 'Skin-'nérd)", 'Gimme Three Steps' (Live).