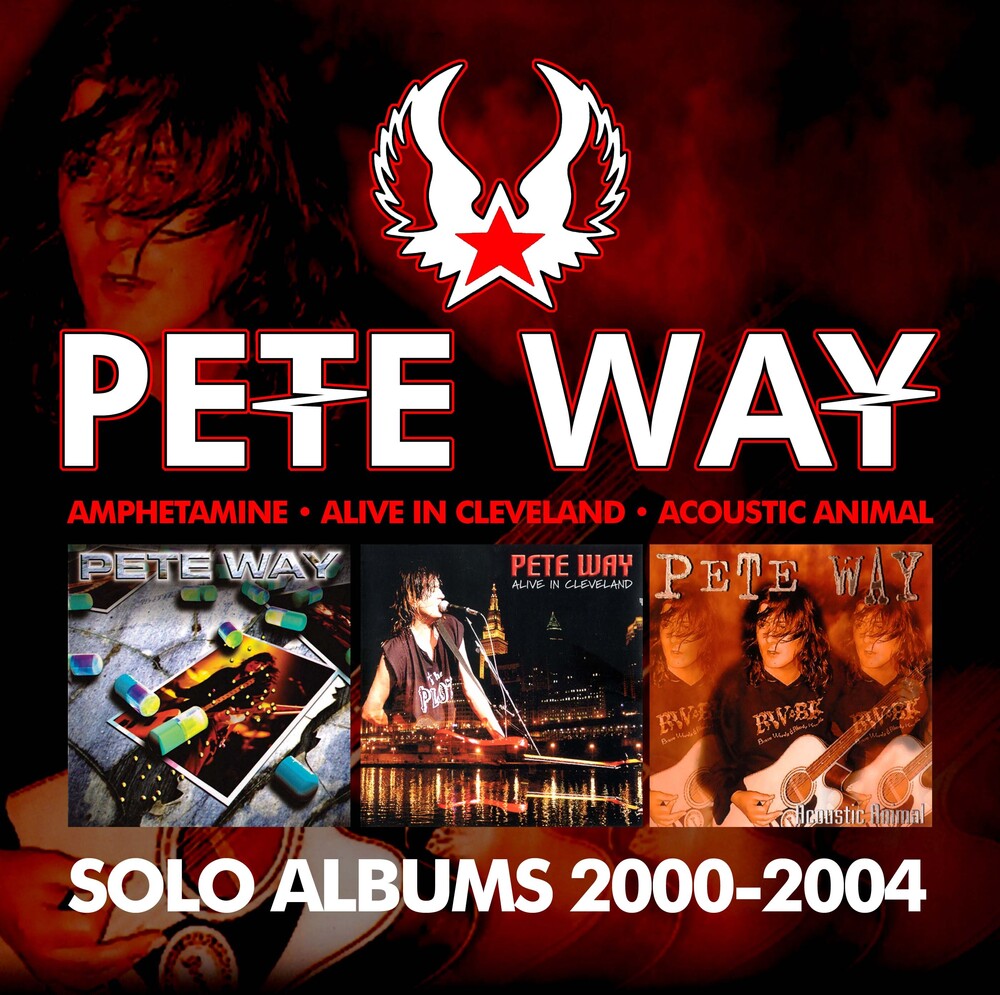 When Pete Way sadly passed away in 2020, it ended a 50+ year career in rock 'n' roll, from founder member, bass guitarist and songwriter in UFO, followed by collaborations with Motorhead's 'Fast' Eddie Clarke and Ozzy Osbourne, to forming the self-explanatory Waysted, before re-joining his band-mates in UFO. During one of his occasional breaks from UFO he found time to develop a solo career. Forming a trio with guitarist Walt James and drummer Scott Phillips, Pete Way released his solo debut in 2000. Unsurprisingly, given it's title, 'Amphetamine' (CD1) partly chronicles Pete's relationship with illicit substances. Taking on lead vocals as well as his trademark bass guitar, the material is a major departure from the melodic rock of UFO, exchanged for a punkier, more metal sound, more in common with grunge, typified on tracks like 'That's Tuff' and 'American Kid (What a Shame)'. Pete would take these songs out on the road, recording his set at the Revolution in Cleveland, Ohio on 4th October 2002, for the (almost) Spinal Tap referencing 'Alive In Cleveland' (CD2), on which 'American Kid (What A Shame)', 'Hangin' Out', 'That's Tuff' and 'Fooled Again' from the 'Amphetamine' solo debut, UFO's 'Too Hot To Handle' also gets a live airing. A stripped back affair with Pete on guitar and vocals, joined by guitarist Michael Christian, 'Acoustic Animal' (CD3) from 2004 finds Pete bearing his soul, armed unusually with only an acoustic guitar. Again, a departure from the more melodic rock of UFO, or sleazier, street sound of Waysted, there's a more ragged vibe to the songs collected here. Of the ten tracks, seven of which were written by Pete, there's a return to Waysted's 'Heaven Tonight', alongside covers of Fats Domino's 'If You Need Me' and John Lennon's 'Working Class Hero'. According to the album's liner notes, "The Acoustic Animal is the story of the life of a true Rock-n-roll animal. Thirty years living in the limelight on major stages worldwide. Now sitting in his garden with a glass of wine and an acoustic guitar letting his soul pour out while telling a lifetime of stories. "