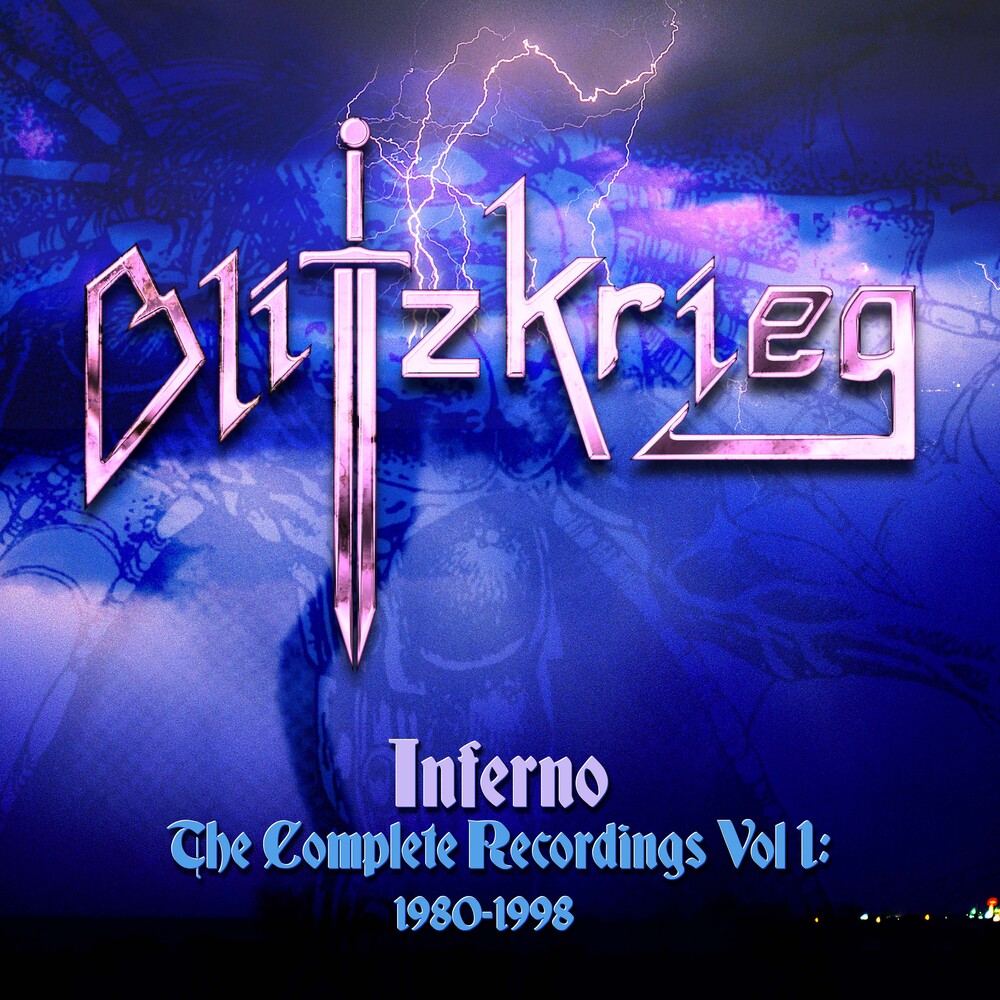 The rise of the New Wave Of British Heavy Metal - NWOBHM - in the late 1970s and early 1980s gave us many enduring heavy rock and metal bands after the premier NWOBHM label Neat Records released the groundbreaking 'Lead Weight' compilation cassette, which introduced the world to Raven, White Spirit (featuring Janick Gers) and Venom, along with the Leicester- based Blitzkrieg. Formed in 1980 by singer Brian Ross and guitarists Jim Sirotto and Ian Jones, bassist Steve English and drummer Steve Abbey, the band split all too soon, calling it a day in 1981 after releasing just one single. Ross reformed Blitzkrieg in 1984 with Mick Procter on lead guitar, Jim Sirotto on rhythm guitar, Mick Moore on bass and Sean Taylor on drums, releasing 'A Time Of Changes' (CD1) for Neat at the beginning of 85. The bonus tracks on CD1 are the 1980 demo tape that led to their deal with Neat, featuring 'Blitzkrieg', 'Inferno' and 'Armageddon', their 'Buried Alive' b/w 'Blitzkrieg' 45, plus the version of 'Inferno' that had appeared on the 'Lead Weight'; collectively these tracks were a major influence on the rise of thrash and power metal during the 1980s, especially on Metallica who covered 'Blitzkreig' on the flip-side of their 1984 'Creeping Death' single. CD2 delves into the archives with the 'Blitzed Alive' demo cassette, featuring many tracks that would eventually appear on their debut, plus a raucous cover of Deep Purple's 'Highway Star'. It would be ten years before another album was released; 'Unholy Trinity' (1995), again for Neat was unashamedly (NWOB) heavy metal and includes a cover of Venom's 'Countess Bathory', featuring a guest appearance from Venom's Cronos. On a roll, 'Unholy Trinity' was followed by 'Ten' (CD4) the following year recorded and released to commemorate the 10th anniversary of the very first Blitzkrieg single. This first volume of complete recordings from Blitzkrieg ends with their fourth album, 'The Mists Of Avalon' (CD5) from 1998, an album that finds them progressing beyond their core NWOBHM sound, kicking off with the epic suite of songs, 'The Legend', inspired by the tales of King Arthur. One major diversion is the ballad 'Princess For The World', dedicated to the recently passed Princess Diana, but otherwise we're back to the band's power metal best