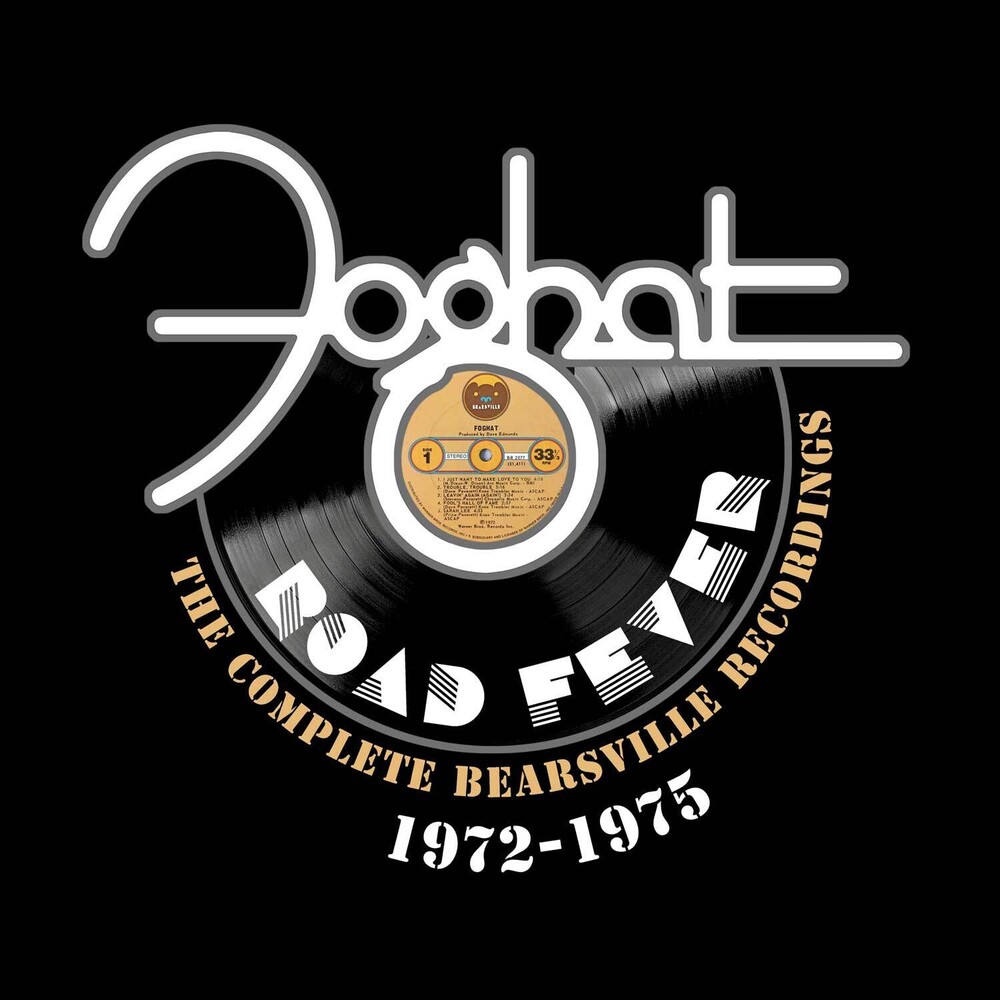 6 albums and a host of singles from Foghat's tenure at Bearsville Records in the early 70s. You would be forgiven for assuming that Foghat were from the United States judging by the way that they ruled America's airwaves and filled America's arenas throughout the 1970s. In fact, they emerged from the same British blues boom of the late 60s that had given us Free, Fleetwood Mac and Ten Years After. Foghat formed in London in 1971 when Savoy Brown's "Lonesome" Dave Peverett on guitar and vocals, Tony Stevens on bass and drummer Roger Earl joined forces with Black Cat Bones' Rod Price on guitar. Kicking off with their Dave Edmunds-produced self-titled debut (CD1), 'Foghat' was snapped up by the fledging Bearsville Record label - home to Todd Rundgren and Sparks, among others - in 1972. Making Willie Dixon's 'I Just Want to Make Love to You' their own, the band found favour on the US's emerging FM radio playlists, a key promotional tool in those far-off, pre-MTV days. Wasting no time, the band released a second self-titled LP - also known as 'Rock & Roll' (CD2) in 1973, with the record going gold in the process. Branching out a little on their third opus 'Energized' (CD3) was released in 1974. Hardly finding time to unpack their road-worn flight cases, 1974's 'Rock And Roll Outlaws' (CD4) includes 'Blue Spruce Woman' and 'Chateau Lafitte '59 Boogie'. Foghat finally attained platinum selling status in 1975 with the million selling 'Fool For The City' (CD5). Featuring two of their most enduring, chest-beating, boogie-rock anthems in the title track and 'Slow Ride', Foghat had taken their British boogie to the American masses, and won. Worn out by the relentless touring schedule that helped make the band a huge concert draw from coast to coast, Tony Stevens left to be replaced by producer Nick Jameson on bass guitar. It wasn't all about life on the road, as there was a high demand from radio across the globe for new singles from Foghat, which have been collected together as various mono and stereo edits on CD6. As well as becoming staples of classic rock radio and compilations, tracks such as 'Slow Ride' would find a further audience when used in the soundtrack to cult movies, such as Dazed And Confused as well as on the radio station of popular computer game Grand Theft Auto