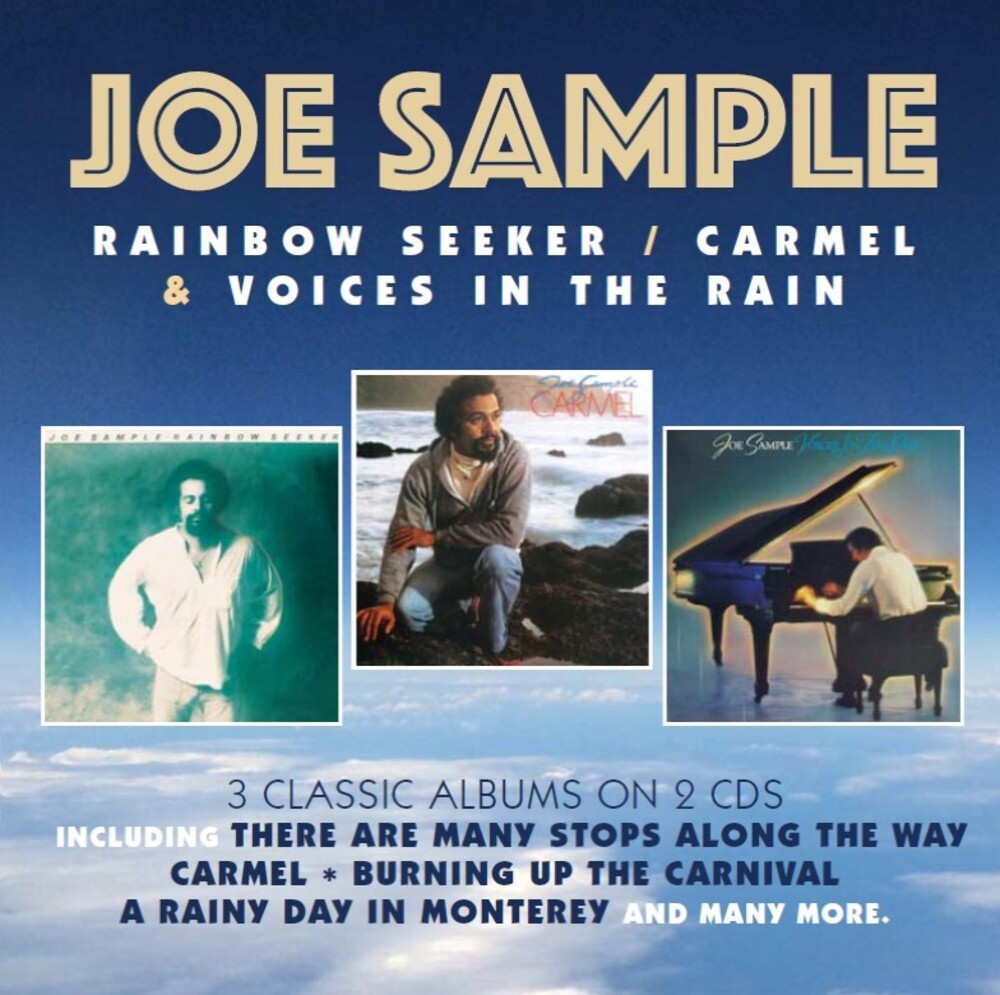 At 15 Joe Sample had become an accomplished jazz pianist and started making a name for himself alongside school classmates and future Crusaders Wilton Felder, Wayne Henderson and Nesbert "Stix" Hooper. As The Jazz Crusaders they released their first album back in 1962 before shortening their name. Sample recorded his debut solo LP 'Rainbow Seeker' in 1978. The stand out tracks were the title track and the pulsating Latin Groove of 'There Are Many Stops Along The Way' which also features Ray Parker Jr on guitar. 'Carmel' was released later that same year and featured a more relaxed sound. The final album in this trilogy, 'Voices In The Rain' features 'Burnin' Up The Carnival' arguably Sample's best known solo track, with vocals by Josie James, Flora Purim and Pauline Wilson. The package also features three seven-inch single versions of 'Melodies Of Love', 'Burnin' Up The Carnival' and 'Dream Of Dreams' with sleeve notes by Charles Waring of MOJO & Record Collector.