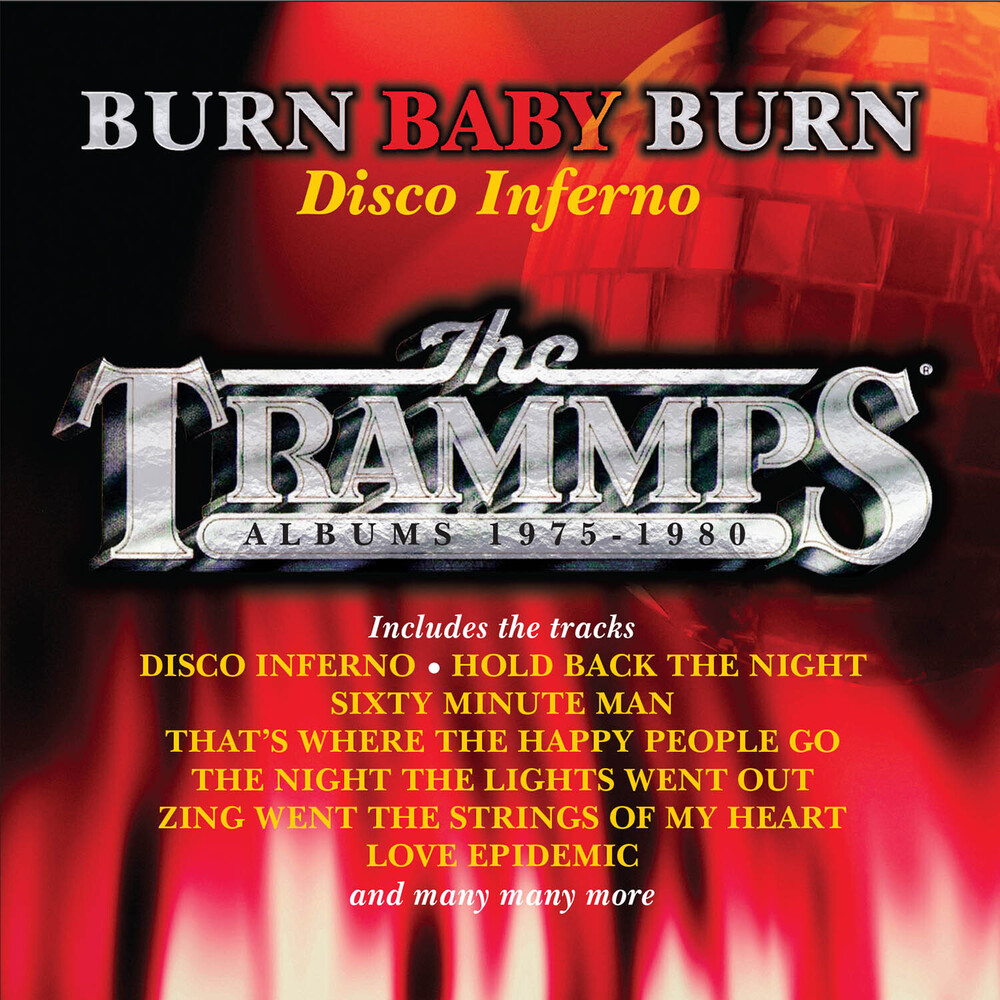 The complete Trammps' albums from 1975 through 1980 including all of their biggest hits on eight fantastic CDs. 'The Trammps' features the single 'Love Epidemic' which was to launch them into the world of Disco, their next Album 'The Legendary Zing Album' propelled them into Disco superstardom, featuring the Top 10 US R&B and top five UK smash hit 'Hold Back The Night', the album also features the singles 'Zing Went The Strings Of My Heart' and 'Sixty Minute Man'. Then came their Atlantic label debut 'Where The Happy People Go' and the single of the same name that charted in the US and UK; the album also features the single 'Soul Searchin' Time', the 7" version featuring as a bonus track. 'Disco Inferno', probably the Trammps' best known track featured on the album of the same name, this ten-minute-plus smash also featured on the Saturday Night Fever soundtrack, which spawned one of the biggest selling soundtrack albums of all time. The single went Top10 R&B in America and Top 20 in the UK Chart. The album, certified Gold in the USA, also featured the single 'I Feel Like I've Been Living (On The Dark Side Of The Moon)'. The track 'Disco Inferno' was inducted into the Dance Music Hall of Fame. If there's one song that epitomises the disco era at it's glorious fiery zenith, it's 'Disco Inferno,' an incendiary dance floor anthem that brought the Philadelphia group immortality. Covered by artists as diverse as Tina Turner and Cyndi Lauper and sampled by both Madonna and Notorious BIG, 'Disco Inferno' marks the undoubted highpoint of their career. That said, the 74 songs featured on this 8CD box set are the epitome of Disco of the late '70s.