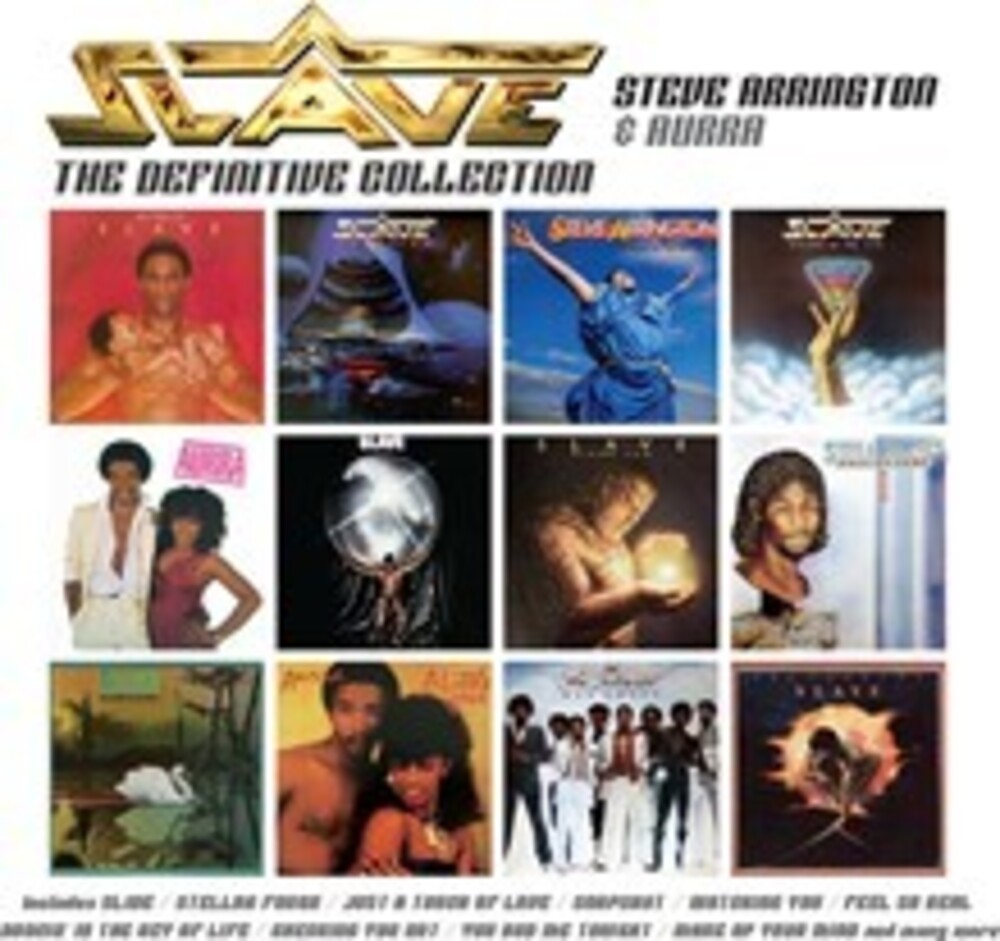 A unique compilation of repertoire by the Funk band Slave and it's off shoots Aurra and Steve Arrington. Fantastic triple CD release features all of Slaves hit RnB singles that were released on the Cotillion label. CD One kicks off with Slave's #1 US RnB hit 'Slide', a tough, brassy dance floor anthem built on Mark Adams' relentless bass line. The iconic track spent 20 weeks in the US RnB charts and even made it's presence felt in America's pop chart, Billboard's Hot 100. Other key tracks on CD One are 'Stellar Fungk' and 'Just A Touch Of Love'. CD Two features two Top 10 RnB hits 'Watching You' and 'Snap Shot' and the introduction of cuts by Aurra including their RnB Top 10 smash 'Make Up Your Mind' and the rocking 'Are You Single?'. CD Three continues with the hits and includes Aurra's UK Top 20 hit 'You And Me Tonight' along with Steve Arrington's UK Top Five classic 'Feel So Reel' and RnB Hit 'Dancin' In The Key Of Life', plus other brilliant Slave tracks like 'Party Lites' and 'Checking You Out'. The American Midwest has undoubtedly played a major role in the evolution of popular music; via fabled big cities like Chicago, where both electric blues and house music were born three decades apart, and Detroit where the world-conquering Motown sound was born. But we can't mention the music of the American Midwest without bringing Dayton into the equation. It's probably more famous in the eyes of fans of RnB music due to the number of great bands that originated there in the 1970s and 80s and gave the world The Ohio Players, Lakeside and Roger Troutman and Zapp, to name but a few, and all available on Robinsongs releases.