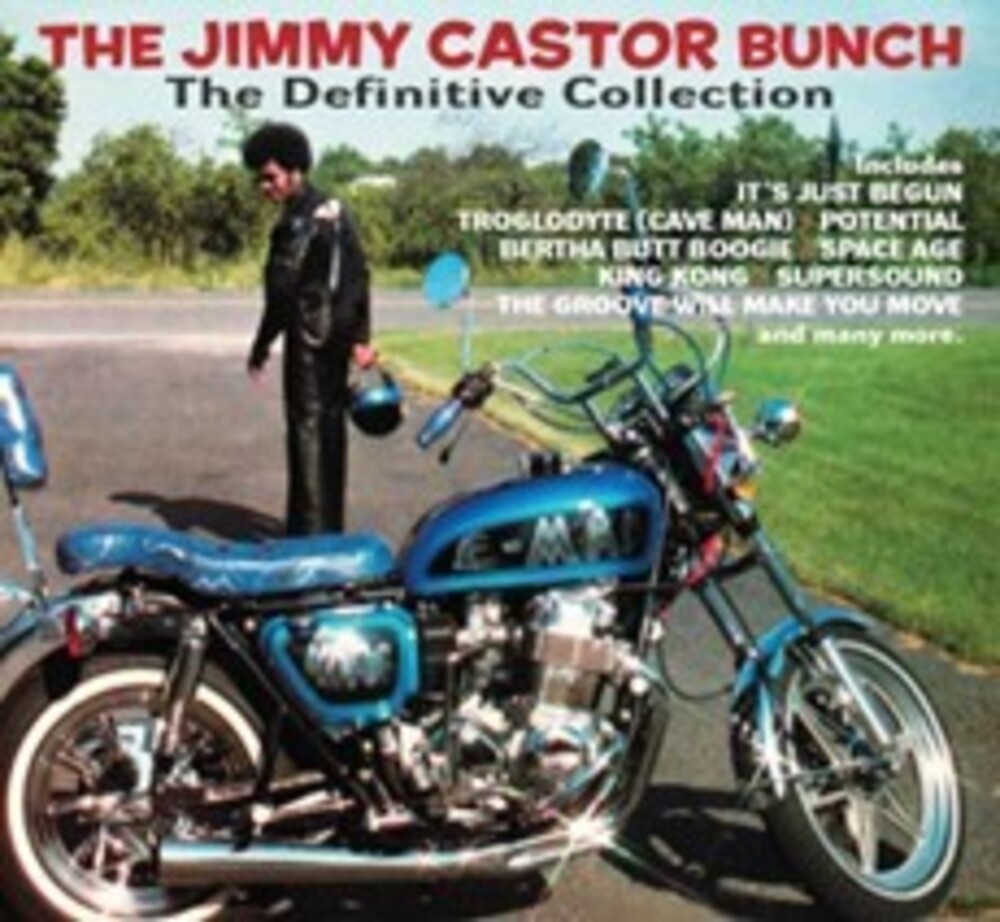 Unique 3CD compilation of The Jimmy Castor Bunch. Featuring all of Jimmy Castor's RnB chart hits. This package is jammed packed full of Funk. With sleeve notes by MOJO and Record Collector journalist Charles Waring. Despite unashamedly injecting an infectious sense of fun and irreverence in his take on funk - as evidenced on early 70s hits 'Troglodyte (Cave Man)' and 'Bertha Butt Boogie' - Jimmy Castor was a serious musician who more than lived up to his nickname, "The Everything Man". He could sing as well as play the saxophone, piano, vibraphone, and assorted percussion instruments, and if that wasn't enough, he was also an accomplished bandleader, arranger and producer. This package features the Top Ten Pop and RnB Hit and probably The Jimmy Castor Bunch's most notable song 'Troglodyte (Cave Man)', an amusing story of a stone age man narrated by Castor over a searing funk groove, it was certainly a stylistic anomaly compared with the rest of the album. The track began with Castor saying, "What we're going to do right here is go back - way back, back into time," a famous intro that has been much-sampled by rap acts in the hip-hop age. The record was certified Gold. Other notable tracks on the package, and there are a few, are 'The Bertha Butt Boogie', 'Potential', 'King Kong', 'Supersound', 'Bom Bom' and 'Space Age' 12" Disco Mix. Jimmy also liked to cover the hits of the day and set also includes Elton John's 'Daniel', Roberta Flack's 'First Time Ever I Saw Your Face' and The O'Jays' 'Love Train' plus Jimmy's tribute to Jimi Hendrix. He Jimmy Castor Bunch's music has been sampled approximately 296 times, the most popular of Castor's tracks in terms of being sampled is 'It's Just Begun', which has been plundered 145 times, by everyone from Grandmaster Flash And The Furious Five and M/A/ R/R/S in the 80s to The Spice Girls in the 90s and Pharrell Williams in the 2000s.