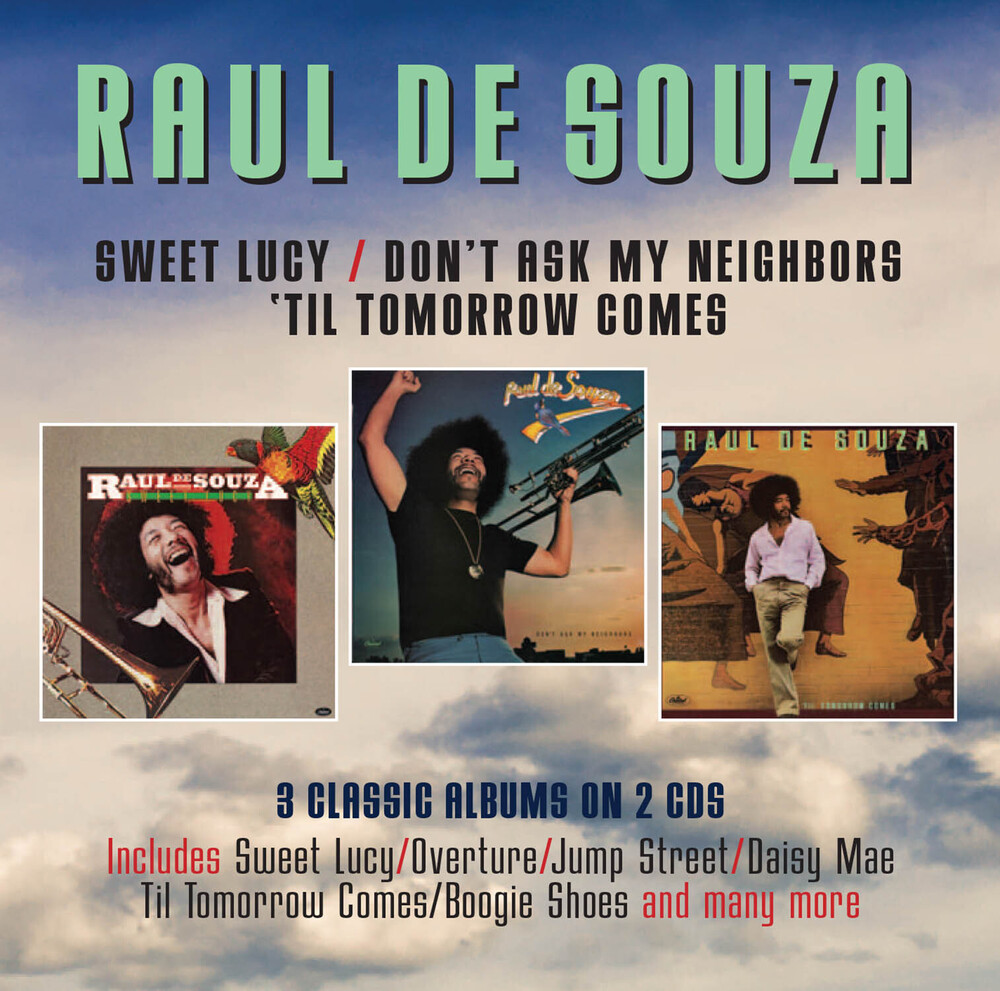 Three late 70s Capitol Albums by Raul de Souza: 'Sweet Lucy' (1977), 'Don't Ask My Neighbors' (1978) and 'Til Tomorrow Comes' (1979) available in a double CD package, with additional bonus tracks. Unquestionably a giant of Brazilian music, whose mastery of the trombone placed him in the instrument's elite. Featured tracks to check out on this package include 'Sweet Lucy', 'Overture', 'Daisy Mae', 'Jump Street' and 'Don't Ask My Neighbors' to name but five. With sleeve notes by MOJO and Record Collector journalist Charles Waring. Born Joao José Pereira de Souza in Rio de Janeiro on 23 August 1934, Raul de Souza played with the legendary Brazilian composer and bandleader Pixinguinha at the age of 17 in 1951 and, a year later, performed with Agostinho dos Santos, a popular singer who later had a role in the burgeoning bossa nova movement of the late 1950s. Encouraged by his friend percussionist Airto Moreira and his wife, singer Flora Purim, Raul left Brazil for the USA in the early 70s. In 1976, he contributed to an album by a US-based Latin fusion group called Caldera, which was released on Capitol Records and put him in the orbit of it's executive producer Larkin Arnold. For Raul's debut LP, 'Sweet Lucy', Arnold paired him with the capable George Duke, a jazz musician with a deep appreciation of Brazilian music who was just beginning to branch out as a record producer. Raul also worked with George Duke in 1978 on the follow-up album, 'Don't Ask My Neighbors', although Duke is credited under the alias Dawilli Gonga. George Duke vacated the producer's chair for the third Capitol Album 'Til Tomorrow Comes' to be replaced by Arthur G. Wright, a prolific guitarist, songwriter, arranger and producer from Los Angeles whose credits ranged from Diana Ross to Linda Ronstadt. He surrounded Raul with some of LA's best session musicians including keyboardist Greg Phillinganes, saxophonist Ernie Fields, guitarist David T. Walker and drummers Ed Greene and James Gadson - and concocted a different musical backdrop for the trombonist; one that tapped more heavily into disco and R&B rather than jazz.