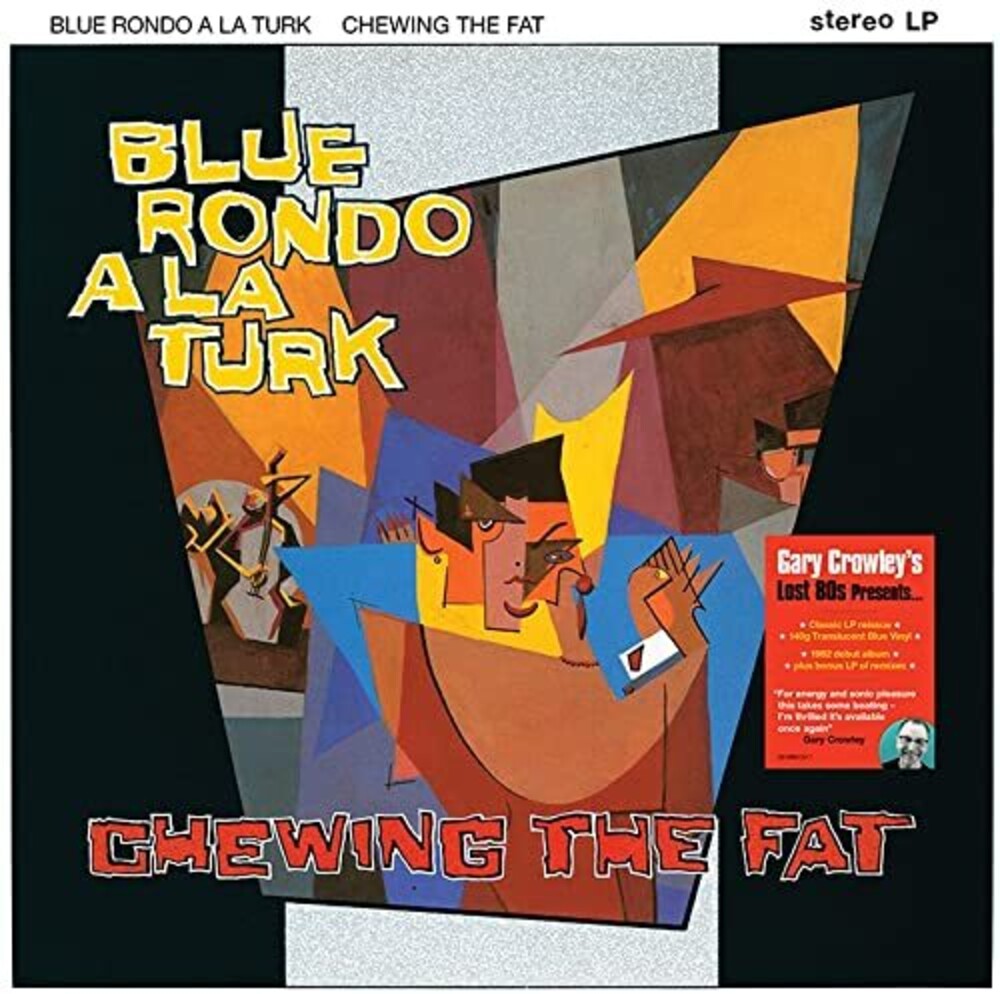 Demon Records is proud to reissue this album as part of the Gary Crowley's Lost 80s project. This Classic LP reissue is presented on double 140g translucent blue vinyl. Blue Rondo a La Turk were a lively 6 piece British latin/jazz/pop group, formed in 1981 by singer/lyricist Chris Sullivan, and disbanded in 1984 when several members moved on to form the hit-making band Matt Bianco. 'Chewing The Fat ' is the debut album, originally released in 1982 and includes the charting singles 'Me And Mr. Sanchez' and 'KlactoVee Sedstein'. Included in the release is a bonus LP of official remixes on vinyl for the first time. "If there was one band I wanted to be in back in 1982 it was Blue Rondo a La Turk. Named after the classic Dave Brubeck song, they were a bunch of sharp suited hedonists with a philosophy straight out of Spinal Tap, have a good time, all the time! Thinking about it though they probably would have left a lightweight like me for dead in some Soho gutter after the first couple of drinks on a night out. Known and loved for their infectious blend of salsa, funk, pop and cool bop and swing as well as their renowned live performances, why they didn't break through to the nations charts remains one of pop's great conundrums. But those who knew, knew and for energy and sonic pleasure this, their debut album "Chewing The Fat" takes some beating and I'm thrilled it's available once again on vinyl under our GC Lost 80s moniker. It really is a wonderful reminder of their collective talent that was sadly never given time to flourish."