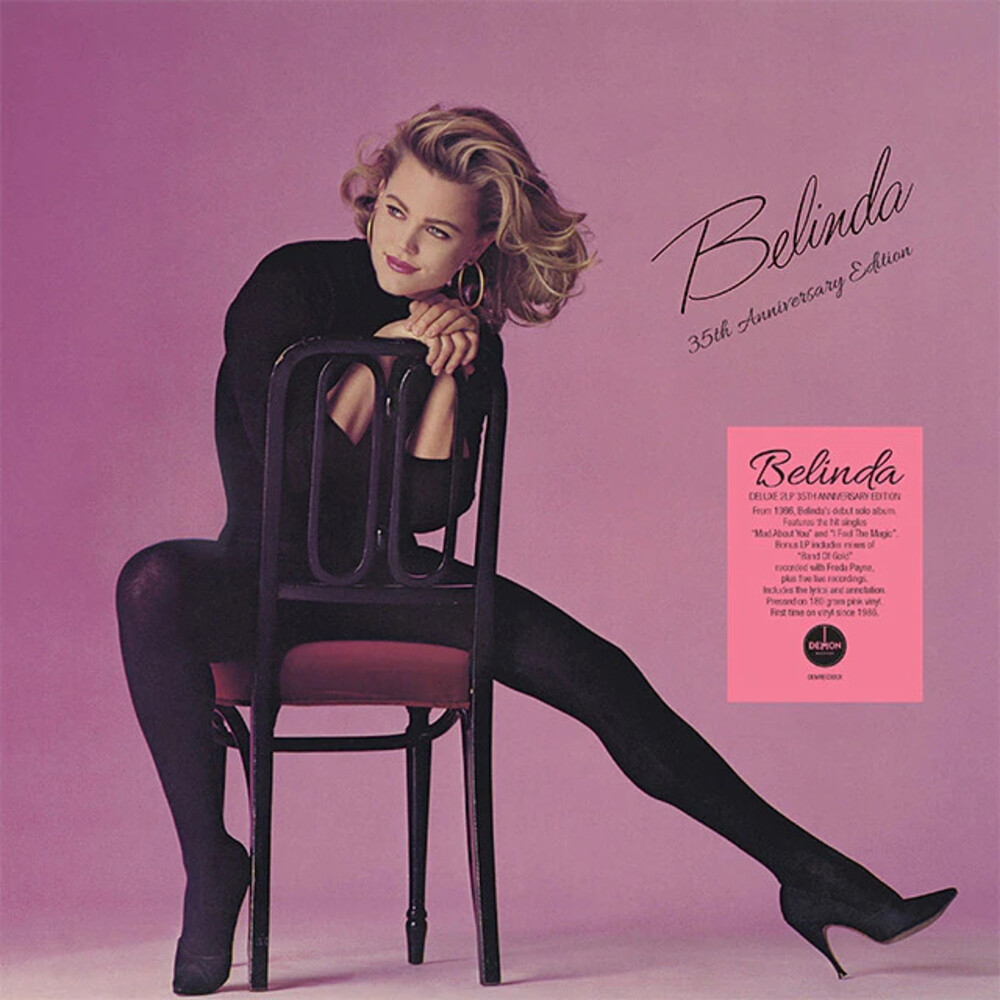 Limited edition two LPs on 180 gram pink vinyl, in gatefold sleeve and inner sleeves. With help from fellow Go-Go Charlotte Caffey, producer Michael Lloyd and guest musicians Duran Duran's Andy Taylor, Susanna Hoffs and Jane Wiedlin, "Belinda" was Belinda Carlisle's first solo album, originally issued in 1986, now reissued on vinyl for the first time. Featuring the hit singles "Mad About You" and "I Feel The Magic", this 2 LP anniversary edition also features five bonus tracks on side three, including three mixes of Belinda's version of "Band Of Gold" recorded with Freda Payne. Side four features five live tracks taken from the "Belinda" video release. Also included are the lyrics and a sleevenote based on an interview with Belinda.