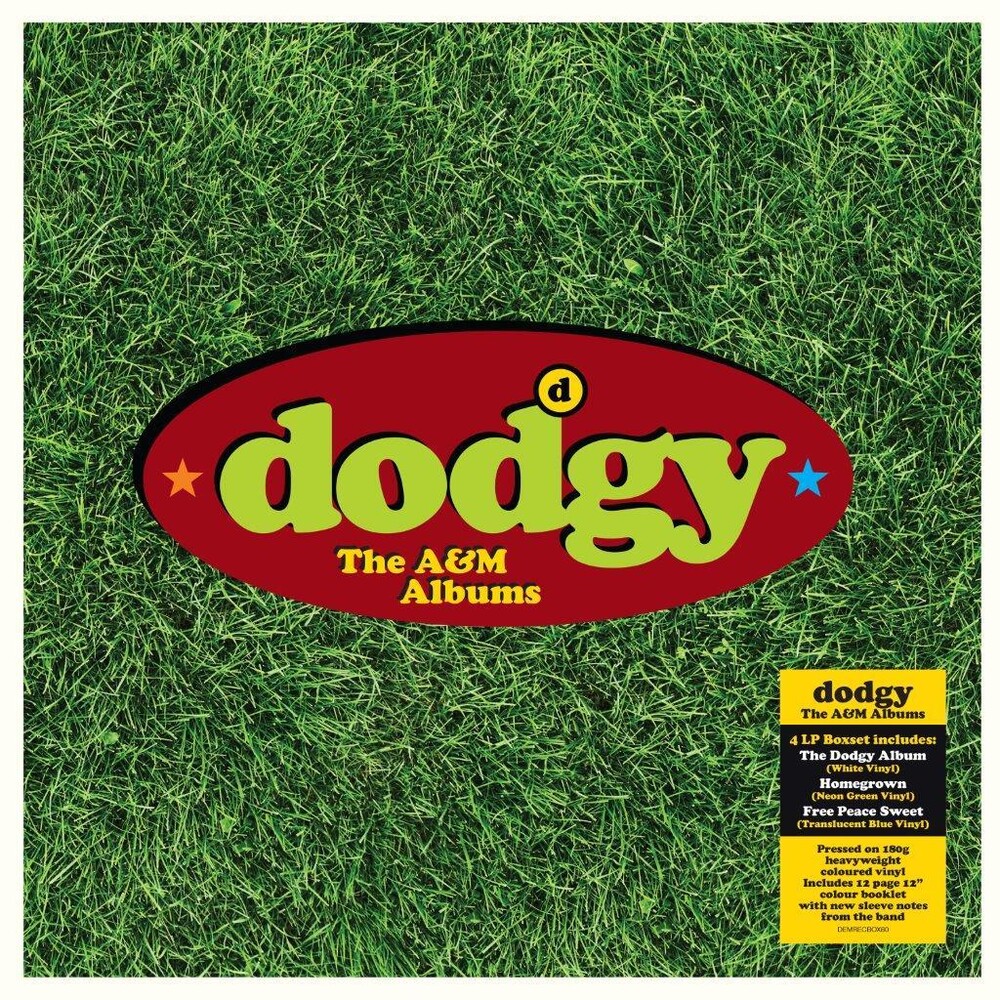 Demon Records are proud to present the first ever Dodgy box set 'The A&M Years', covering the bands classic period in the 90s. Presented across 4LPs, the box set features the three classic studio albums 'The Dodgy Album', 'Homegrown' and Free Peace Sweet'. The albums highly sought after and are re-issued for the first time on vinyl, with 'The Dodgy Album' pressed on 180g White Vinyl, 'Homegrown on 180g Neon Green Vinyl' and 'Free Peace Sweet' pressed in a gatefold sleeve on 2 x 180g Opaque Blue vinyl and including the two bonus tracks (Grateful Moon and 'is It Me?') from their initial limited pressing. The box includes a booklet including rare photographs and memorabilia, an introduction from 6Music DJ Matt Everitt, plus track by track notes from Math, Nigel and Andy. Starting originally from the Dodgy Club nights in 1990, the band's popularity grew with the release of a string of classic singles including 'Water Under The Bridge', 'Lovebirds', and 'I Need Another' taken from 'The Dodgy Album' (produced by Ian Broudie). Homegrown was then released in 1994 cementing the bands popularity as a live act featuring the classic singles 'Staying Out For The Summer', 'Melodies Haunt You', Making The Most Of', 'So Let Me Go Far' and the iconic album track 'Grassman'. In 1996 the band released their third studio album 'Free Peace Sweet' (certified Platinum in the UK selling over 400,000 copies) lifting the band to new heights with the singles 'In A Room', 'Found You', 'If You're thinking Of me' and the infectious radio smash hit 'Good Enough'. Dodgy continue to tour today and produce new music, but have an undeniably strong fan following and a catalogue of classic tracks and 9 UK top 40 singles.