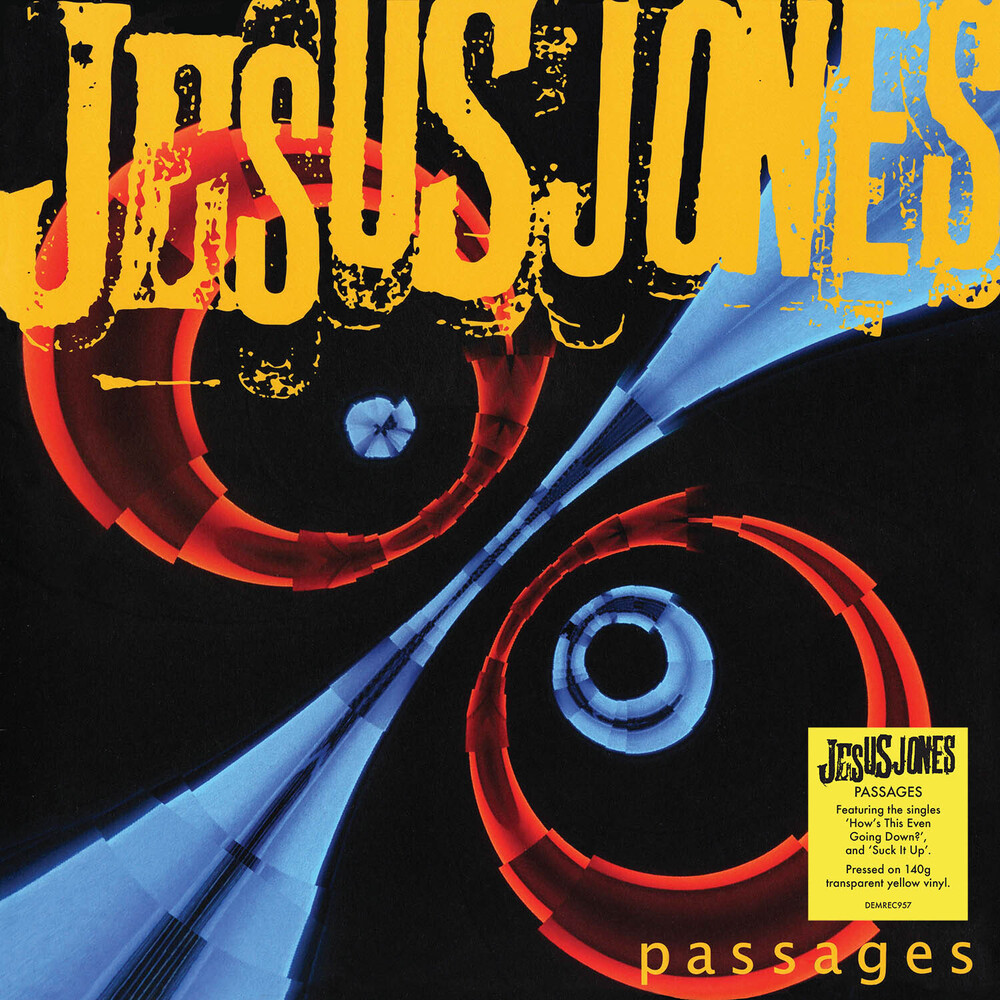 Jesus Jones (Mike Edwards - guitar, vocals; Tony de Borg - guitars; Al Doughty - bass; Gen - drums; and Iain Baker - keyboards, samples) arrived on the scene in 1989 with three charting singles and debut album "Liquidizer". The band followed this with many more hit singles and the very successful albums "Doubt" (1991), "Perverse" (1993) and "Already" (1997). After the fifth album "London" (2001) and the "Culture Vulture" EP (2004), the band took a lengthy break.  Keyboard player Iain Baker took over the band's management at the end of 2010. It took a few years to get the band into the studio, but preceded by the singles "How's This Even Going Down" and "Suck It Up" in 2016, the independently-released "Passages" arrived in April 2018.  Here's what Iain Baker has to say about this album: Mike did what he wanted to do: write songs, and not be bothered by external distractions. "Passages" was perhaps Mike's most personal record since "Perverse", yet it had also become hugely personal to me. A parallel identity, documenting everything I'd done. I look back on "Passages" with a huge amount of pride.  The album is pressed on 140g translucent yellow vinyl.