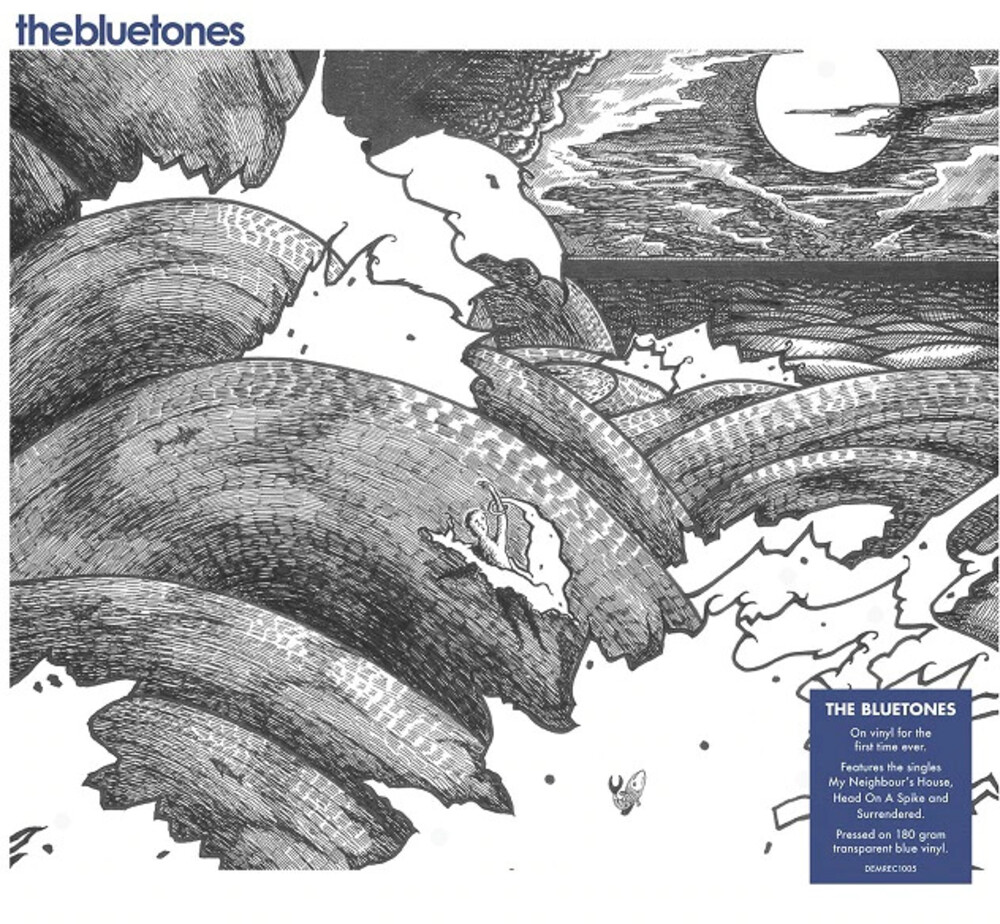 Released in October 2006, "The Bluetones" was the band's fifth album and reunited them with Hugh Jones, producer of their first two albums. It features the singles "My Neighbour's House", "Head On A Spike" and "Surrendered". Now issued on vinyl for the first time ever (on translucent blue vinyl), the inner sleeve features all the lyrics and credits, photos, and another beautiful drawing by Scott Morriss.