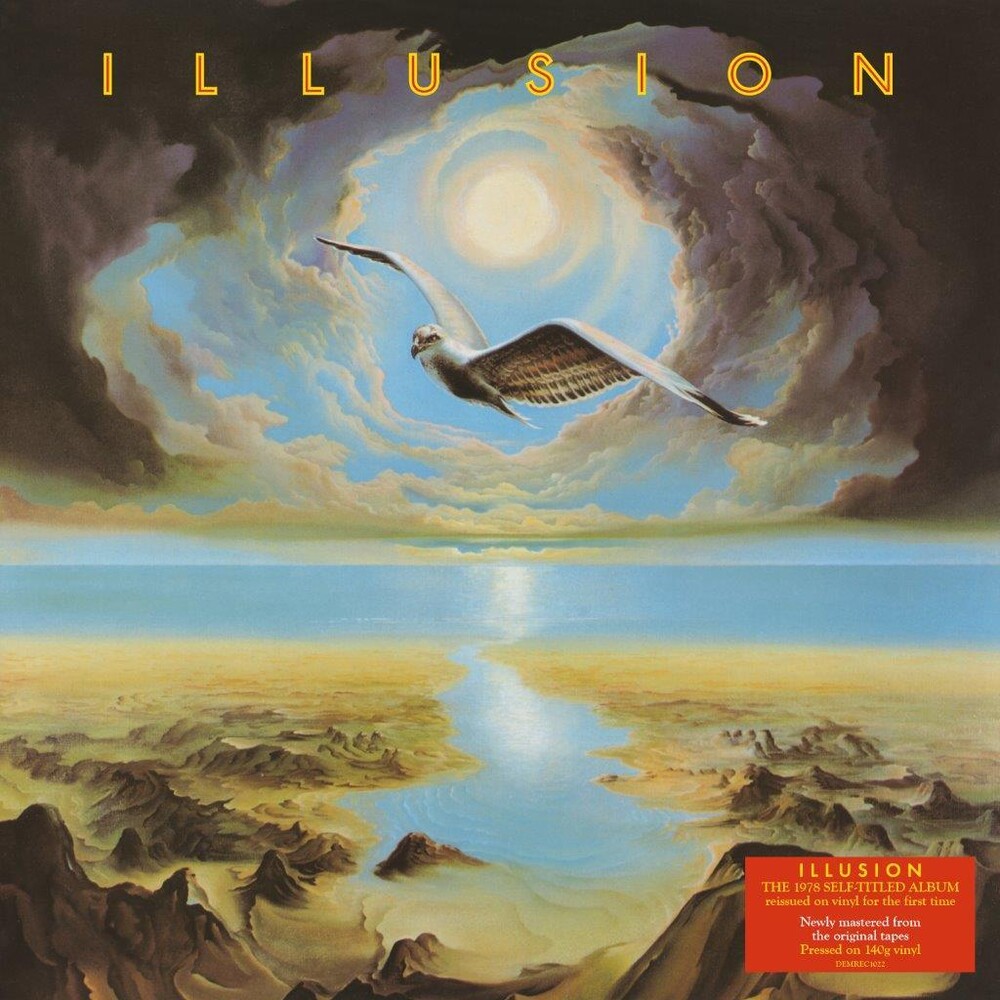 Formed in 1977, Illusion were a progressive rock band that started life as a reunion of the original members of Renaissance. During their initial years together, Illusion released two albums 'Out Of The Mist' (1977) and 'Illusion' (1978) on Island Records. The band featured ex-Yardbird Jim McCarty on guitar and vocals, Jane Relf on vocals, Louis Cennamo on bass, John Hawken on keyboards, John Knightsbridge on lead guitar and Eddie McNeill on drums. Demon Records presents the first vinyl reissue of the band's self-titled second album 'Illusion' featuring signature tracks 'Madonna Blue', 'Man Of Miracles', and 'Louis' Theme'. The album has been newly mastered from the original tapes by Phil Kinrade at AIR Mastering, overseen by producer Paul Samwell-Smith, and is pressed on 140g vinyl in a sleeve featuring spot UV detailing.