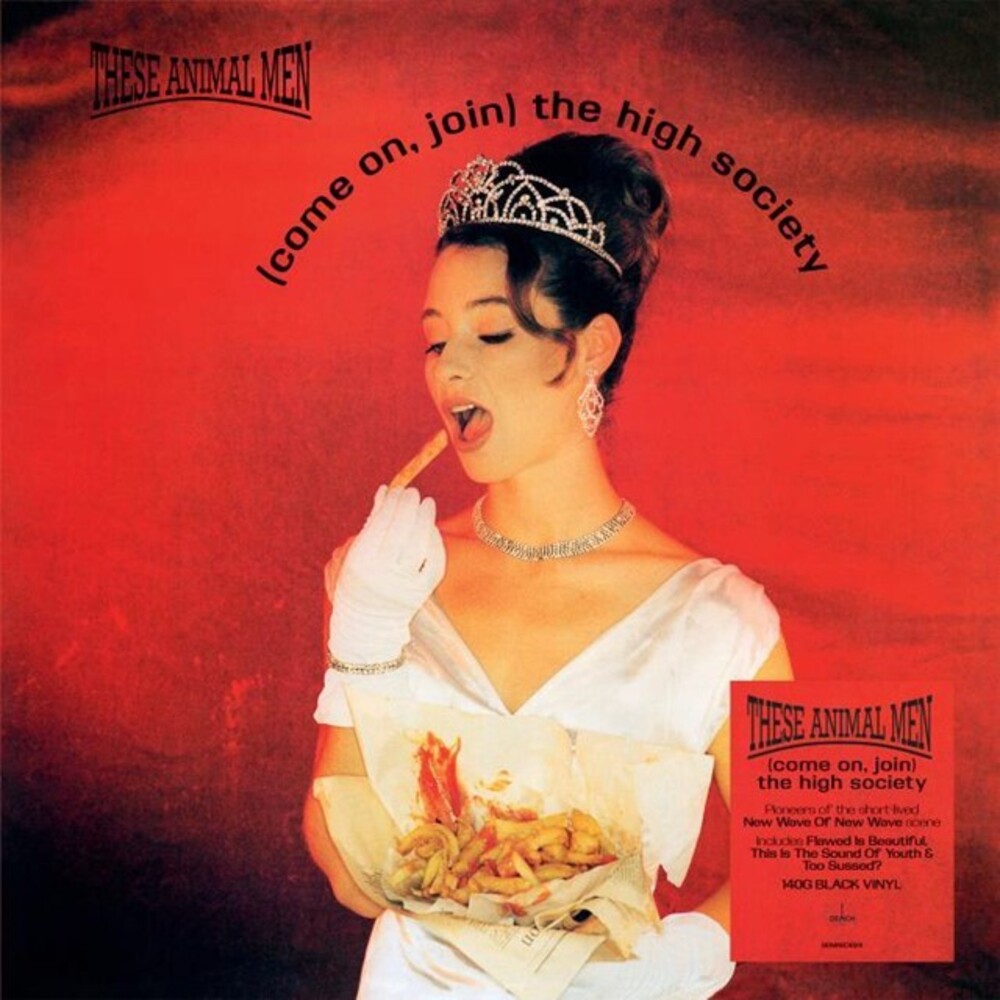 These Animal Men were a band who lit up the British music scene in the mid-90s in a wayno one was expecting... Heralded by the NME in January 1994 as part of the 'New Wave Of New Wave' -a term dreamed up by the music journalist Paul Moody -These Animal Men & S*M*A*S*H were at the vanguard of a crop of bands who drew on the late 1970s punk explosion for inspiration. These recordings capture a time in British music when it was trying to find it's way through the thick hair of grunge, that eventually made it's way to the birth and popularity of bands such a Blur, Oasis and Pulp. (Come On, Join) The High Society was the first full length album released by These Animal Men and contains some of the bands biggest tracks such as Flawed Is Beautiful, This Is the Sound Of Youth & Too Sussed?. Pressed on 140g Black Vinyl and housed in a beautiful gatefold sleeve containing photos, extracts and lyrics.