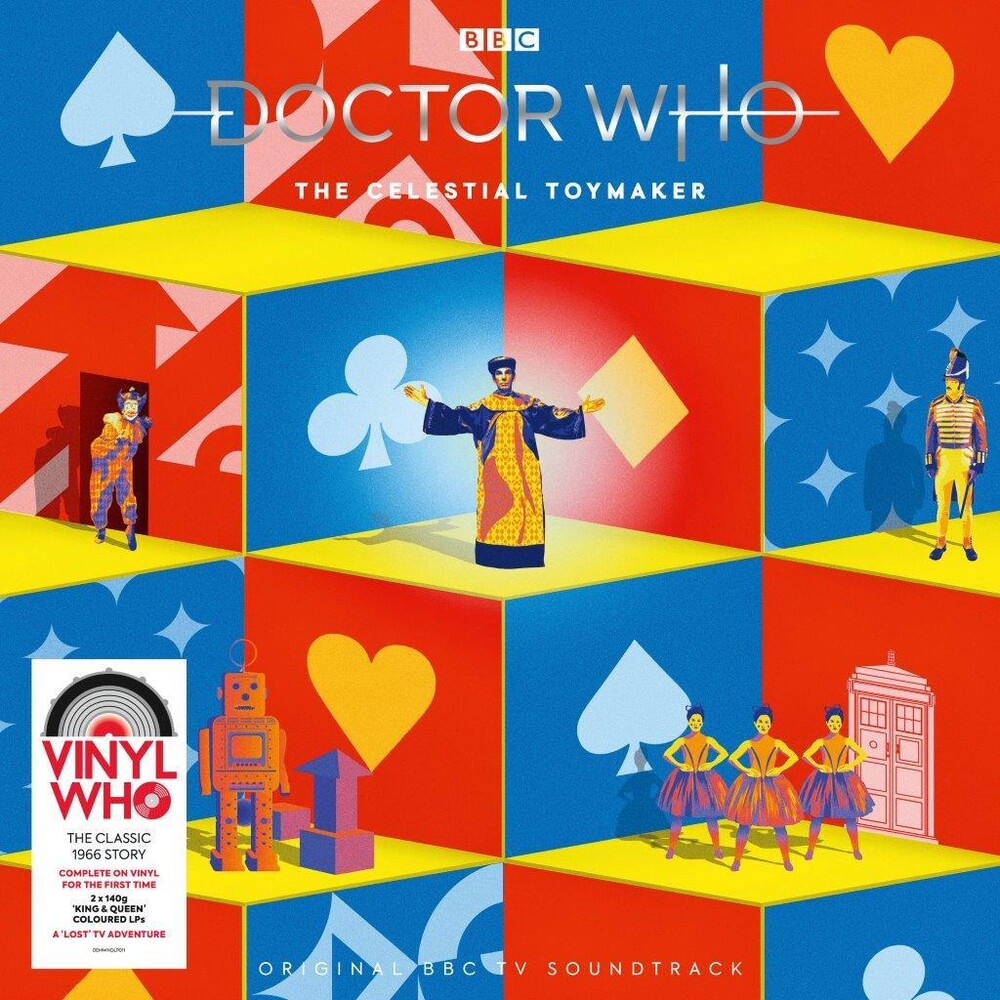 "We shall play endless games together, your brain against mine." Demon Records presents the narrated TV soundtrack of a 'lost' Doctor Who TV serial, starring William Hartnell as the Doctor. When the TARDIS lands in the Celestial Toyroom, it's occupants meet a new and deadly opponent. The Toymaker rules this ethereal kingdom, and he desires the Doctor, Steven and Dodo to become his perpetual playthings. While Steven and Dodo face a series of challenges posed by clowns, ballerinas and living playing cards, the Doctor is challenged to play the fiendish Trilogic Game against the Toymaker himself. His only hope of escape is to beat the powerful entity at his own game... Presented across 2 x 140g 'King & Queen' red & blue coloured vinyl discs, this 1966 TV adventure is narrated by Peter Purves, who also plays Steven. It stars Michael Gough as the Toymaker, with Jackie Lane as Dodo and a supporting cast including Carmen Silvera, Campbell Singer and Peter Stephens. Incidental music is composed by Dudley Simpson, and the familiar strains of the Doctor Who theme are courtesy of the BBC Radiophonic Workshop. The LPs are presented in a fully illustrated gatefold sleeve showing cast and credits, and inner bags featuring complete episode billings.