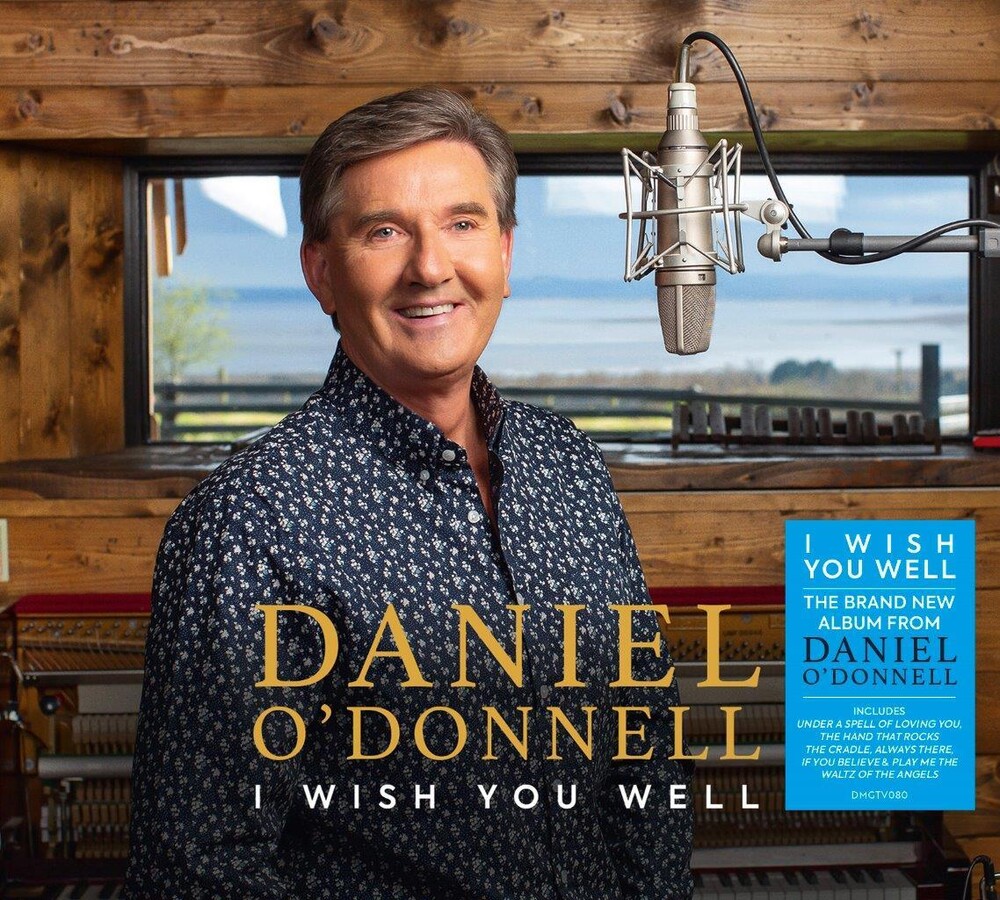 Daniel O'Donnell's recording career has now spanned 35 years and he continues to delight fans around the world by his recording and touring activities. Daniel is the UK chart's most prolific and one of the most successful recording Artists. In 2021, he broke his own world record, by becoming the first recording artist to chart at least one new album every year in the Artist Albums Chart for 34 consecutive years. During his career, in the United Kingdom Daniel has amassed forty-seven Top 75 albums, including nineteen Top 10 albums, with seventeen of them this Century, a feat not achieved by any other recording Artist. After two albums with legendary international Producer Nigel Wright, Daniel retreated to Black Mountain Recording Studio, to work with home-grown local talent and record an album of new songs. The resulting album to be released in November is 'I WISH YOU WELL', which includes the up-tempo Bublé-esque 'Under A Spell Of Loving You' and 'Always There' written especially for Daniel by Brendan Graham and Rolf Loevland, who wrote 'You Raise Me Up'. As he looks back at his long and successful recording and touring career, for which he shows no signs of slowing down, Daniel can appreciate the pleasure that he has brought to millions of his adoring fans, his selfless philanthropy and receiving his Honorary MBE for services to the music industry and charity. With another stylish TV commercial to support the album's release, Daniel remains as relevant today, as when he charted his first album in the 1980s.