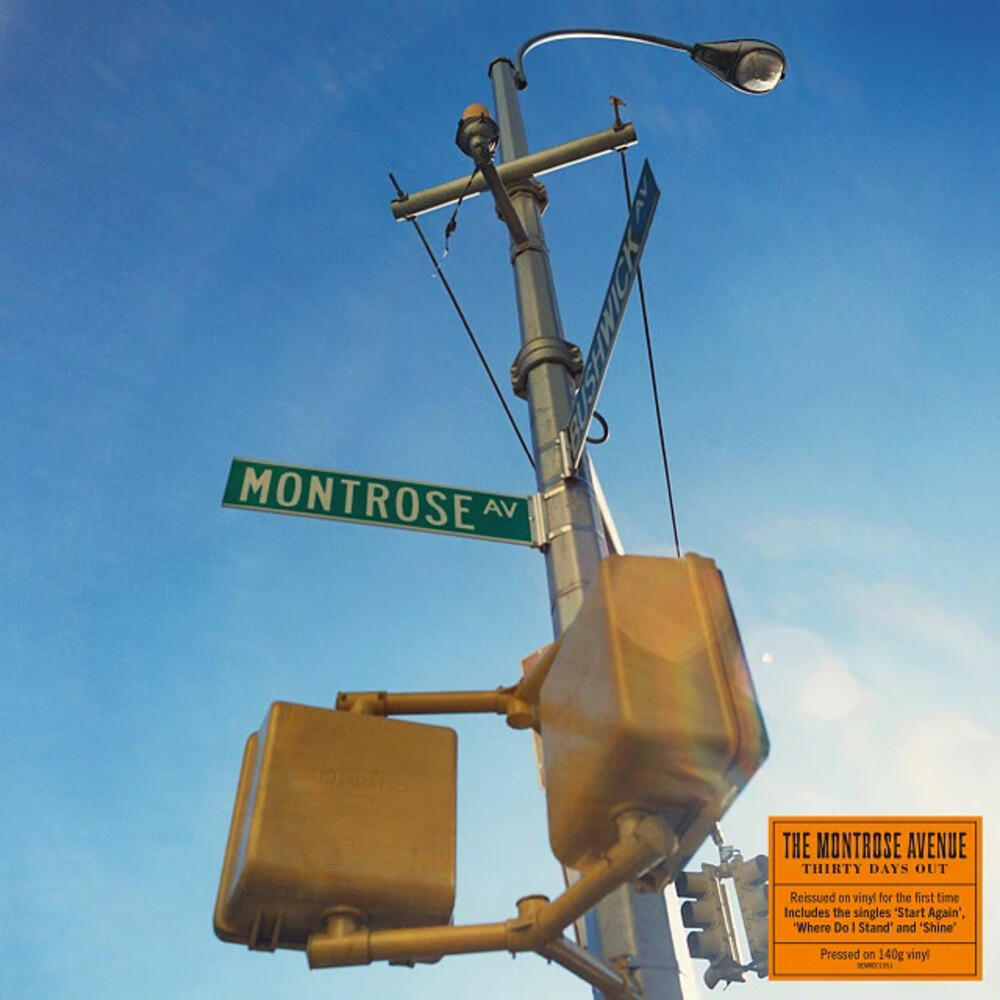 Formed in 1996 in Wokingham, Berkshire, The Montrose Avenue were a British rock band who received acclaim for their well-crafted roots rock sound and sublime three-part harmonies. The group featured drummer Matt Everitt (who had left Britpop band Menswear to join the group), lead singer and guitarist Robert Lindsey-Clark, pianist, guitarist and vocalist Scott James, vocalist and guitarist Paul Williams, and bassist James Taylor. After signing to Columbia Records in 1997, the band released their only full-length album together 'Thirty Days Out'. Highlights on the album include their UK Top 40 single 'Where Do I Stand?'. Demon Records presents the first vinyl reissue of the band's 1998 debut album 'Thirty Days Out'. Assembled with the assistance of the band, the reissue features brand new artwork and is pressed on 140g vinyl with a printed inner sleeve.