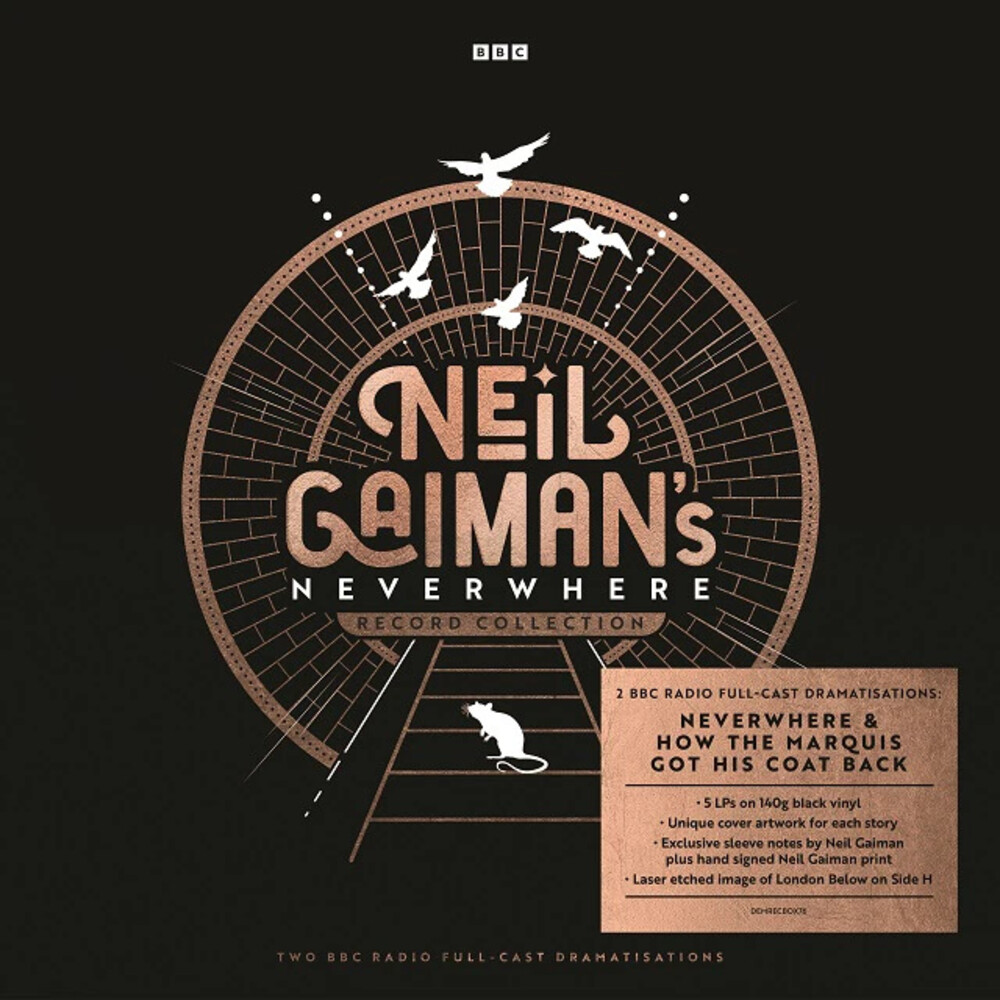 On vinyl for the first time, Demon Records presents two full-cast audio dramatisations of bestselling stories by Neil Gaiman. Includes exclusive print signed by Neil Gaiman limited to 500 copies. In Neverwhere, a chance encounter propels mild-mannered Richard Mayhew into the netherworld of London Below, where he discovers his adventures are only just beginning. How The Marquis Got His Coat Back tells of a mission for the Marquis de Carabas, and an encounter with an old enemy. Both productions are adapted from the works of Neil Gaiman by Dirk Maggs (The Sandman; Hitchhiker's Guide) and co-directed by Dirk Maggs and Heather Larmour. The large, starry cast includes James McAvoy as Richard Mayhew, with Natalie Dormer, David Harewood, Sophie Okonedo, Benedict Cumberbatch, Romola Garai, Christopher Lee, Anthony Head, Johnny Vegas, Paterson Joseph, Adrian Lester, the late, great Bernard Cribbins, and many more - plus a cameo appearance by Neil Gaiman. A superb soundscape of music and effects accompanies each one. A beautifully designed box set presents 5 discs in 140g black vinyl, including a laser etched Side H depicting a London Below tunnel. Exclusive sleeve notes by Neil Gaiman accompany full cast, credits and broadcast details. A frameable, full-colour print of Neil Gaiman, signed by the author himself, is also included.