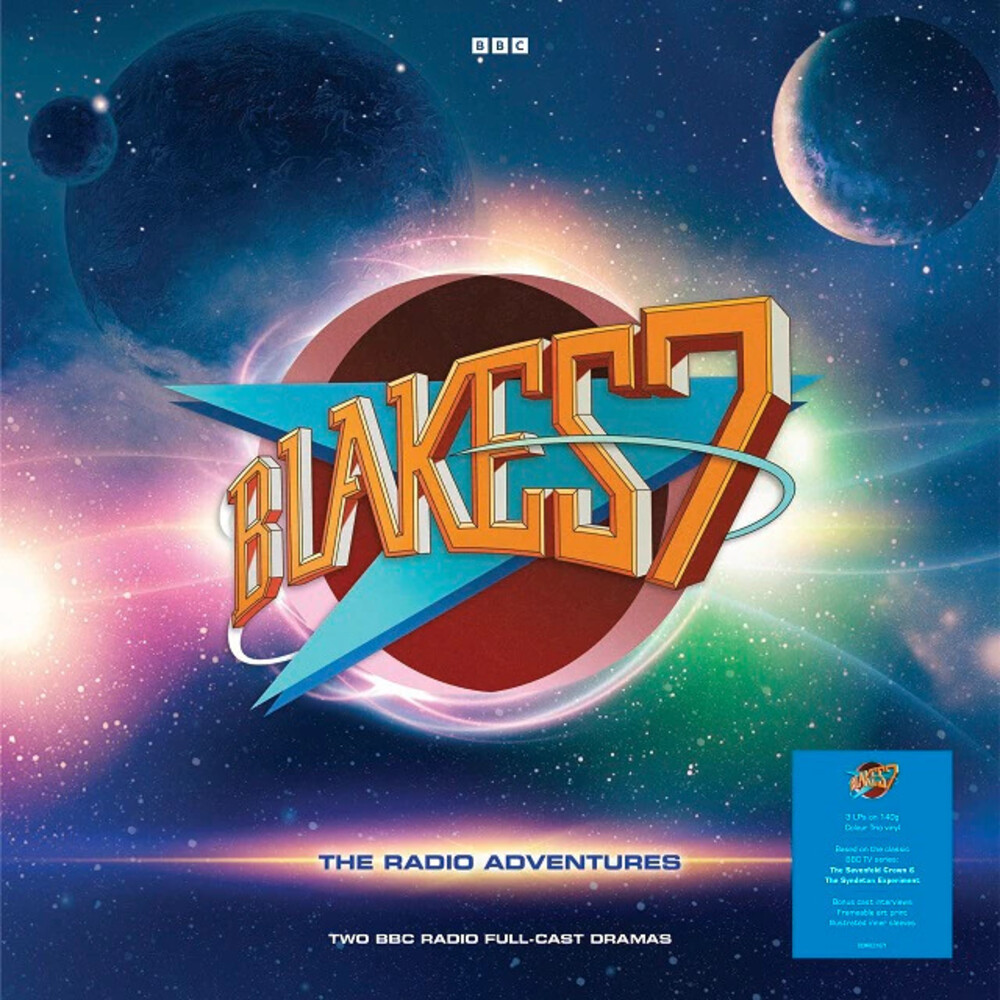 The classic sci-fi series teleports to Demon Records for two thrilling full-cast radio adventures. From 1977 to 1981, a heroic band of freedom fighters waged war against the merciless Terran Federation, spearheaded by Supreme Commander Servalan. In the mid-1990s Terry Nation's intergalactic epic switched from BBC TV to radio with two new adventures, The Sevenfold Crown and The Syndeton Experiment. Both now come to vinyl for the first time, alongside cast interviews and extracts from Zen and the Art of Blake's 7. Presented across 3 x 140g vinyl discs in three colours, these full-cast dramas star Paul Darrow as Avon with Jacqueline Pearce as Servalan, Michael Keating as Vila, Steven Pacey as Tarrant, Paula Wilcox as Soolin, Angela Bruce as Dayna, and Peter Tuddenham as Orac and Slave. Written by Barry Letts (Doctor Who) they feature incidental music by Jeff Mearns as well as the familiar strains of Dudley Simpson's iconic theme music. The removable slipcase cover reveals a trio of coloured LPs - plus a frameable art print - in a widespine sleeve. The discs are presented in individual sleeves which, when place side by side, reveal a landscape scene of Scorpio in flight. Full cast and credits are accompanied by graphics illustrating the tech of Blake's 7. Make sure you're Down and Safe with this exclusive limited edition.