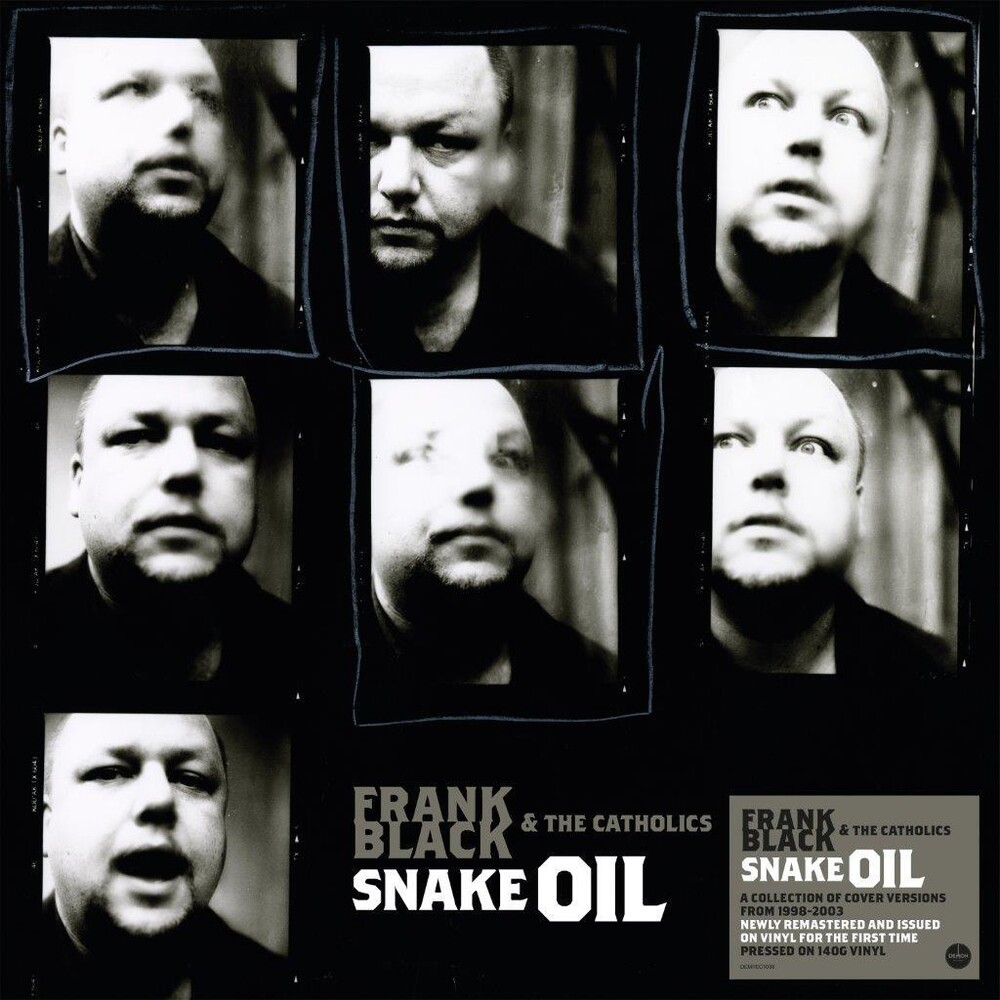 Between 1998 and 2003, Frank Black and co. Released six albums under the 'Frank Black And The Catholics' moniker. All recorded live and direct to two-track tape, the music created with the Catholics is some of the most energised, raw, and essential of Frank Black's career. 'Snake Oil' is a collection of cover versions recorded in the studio during this prolific period. Highlights include thunderous takes of Bob Dylan's 'Changing Of The Guards', Bruce Springsteen's 'I'm Going Down', and Angst's 'Some Things (I Can't Get Used To)'. Previously only available as a digital download, Demon Records presents the first physical release of this collection, newly remastered by Phil Kinrade at AIR Mastering and pressed on 140g vinyl, with new artwork featuring photographs by Steve Gullick.