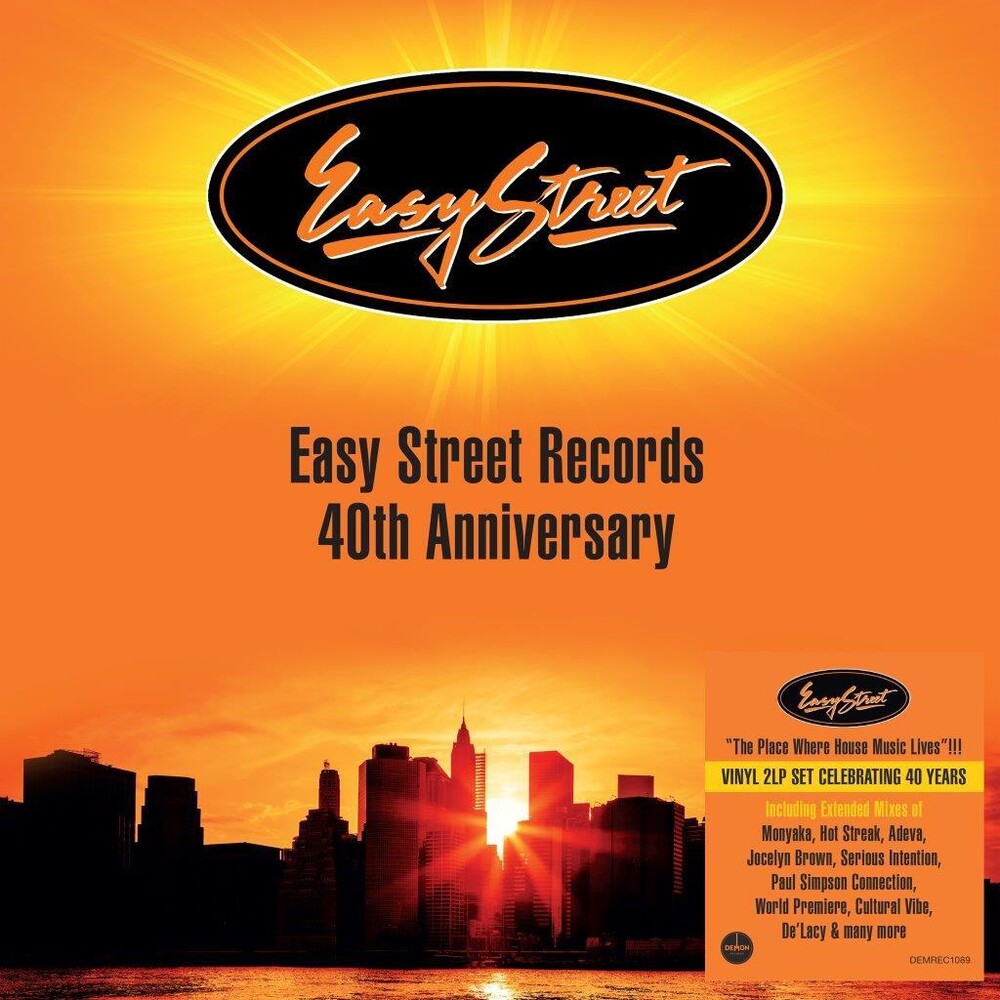 Easy Street Records was launched in 1983, by US music industry executive Michael Gusick. Two of the label's early tracks by Monyaka and Hot Streak, were released by Polydor Records resulting in two UK Top 20 hits, and both tracks' full length versions feature here, along with a further 12 tracks, on this Vinyl 2LP 40th Anniversary celebration. The back-story is that Hot Streak, which included Curtis Hudson and Lisa Stevens, were recommended to Michael Gusick by the DJ Producer, 'Body Work' was co-produced by Jellybean and the following year, Hudson and Stevens, had a worldwide hit by aspiring Artist, Madonna; the track,..'Holiday'. Meanwhile, 'Body Work' found itself as the only independently owned record on the 1984 "Breakdance" (aka "Breakin") soundtrack but the song remains relevant today and has been used as the opening track during Dua Lipa's tour. Monyaka were signed after a taxi driver gave a passenger - an Easy Street exec - a cassette of his band's music! Easy Street had massive underground classics by producers which read like a who's who of dance music; Paul Simpson, Jellybean, Blaze and Todd Terry to name but a Even after 40 years, Easy Street remains influential, with it's Artists still finding themselves at the top of the Traxsource Charts, with re-worked or remixed versions of Easy Street classics by Michael Gray, Dr. Packer, Nick Reach Up and Ladies On Mars, as well as recently having Eric Kupper behind the mixing desk. This Vinyl 2LP set includes 14 tracks from their vaults and is just a snapshot of this iconic dance label's.DANCE ON!