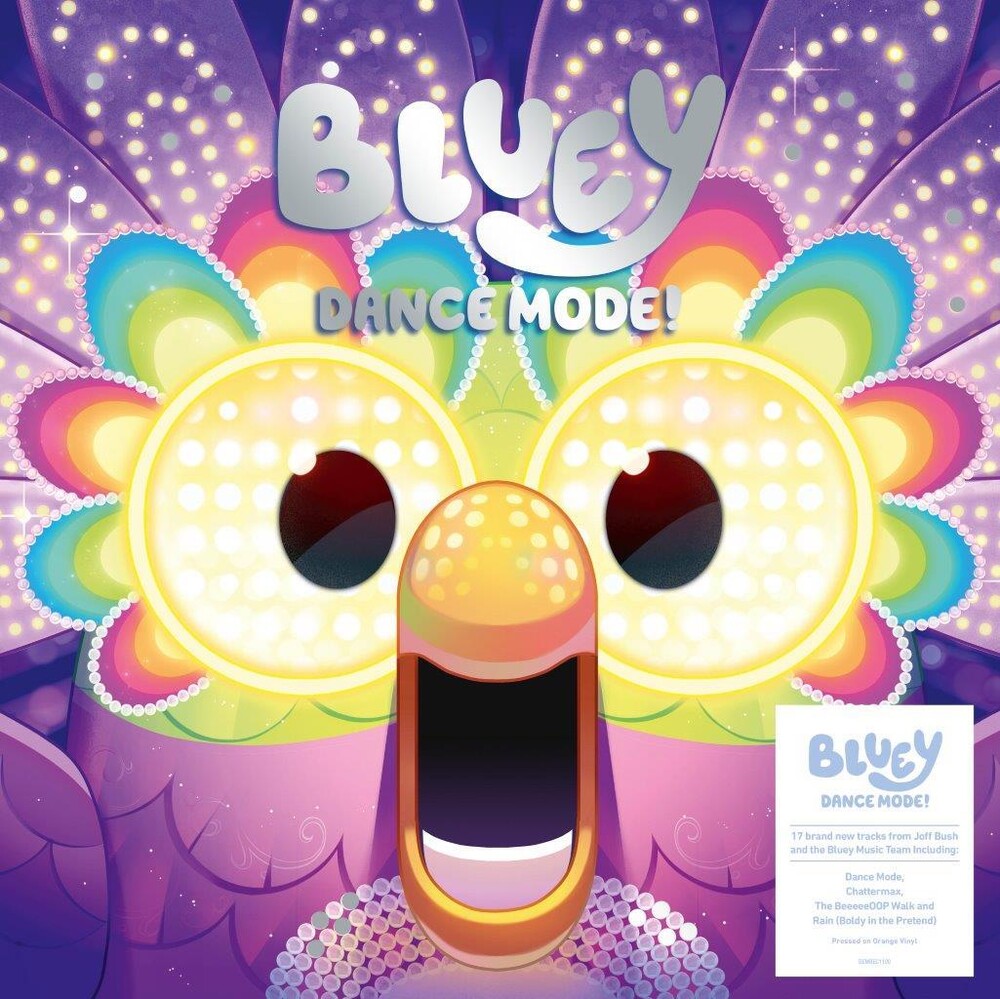 'Dance Mode' is the exciting follow up to the award-winning, number 1 debut 'Bluey: The Album'. Bringing together 17 brand new recordings from series 2 and 3 of the global phenomenon all originally composed by Joff Bush  Pressed on 140g Orange vinyl, and presented in a foiled sleeve, with artwork connecting together with 'Bluey@ The Album' to form a larger image.  Widely lauded by parents and press alike for it's heartfelt and funny portrayal of family life and celebration of play, Bluey followers a 6-year-old Blue Heeler dog, who loves to play and turns everyday family life into extraordinary adventures that unfold in unpredictable and hilarious ways, bringing her family - including younger sister Bingo and parents Bandit and Chilli - as well as friends and community into her world of fun and discovery.  Bluey is an Emmy and BAFTA Award winning sensation that has won over families worldwide and is now broadcasting on multiple platforms around the world including ABC, Disney Jr, Disney+ and CBeebies.  Bluey 'The Album' reached number 1 in the Australian ARIA chart and the Billboard's US Kid Albums respectively. The new album 'Dance Mode' features music from the show, with it's upbeat EDM inspired title track 'Dance Mode', through to 'The BeeeeeOOP Walk', 'Rain (Boldy In The Pretend)' and 'Cat Squad'.