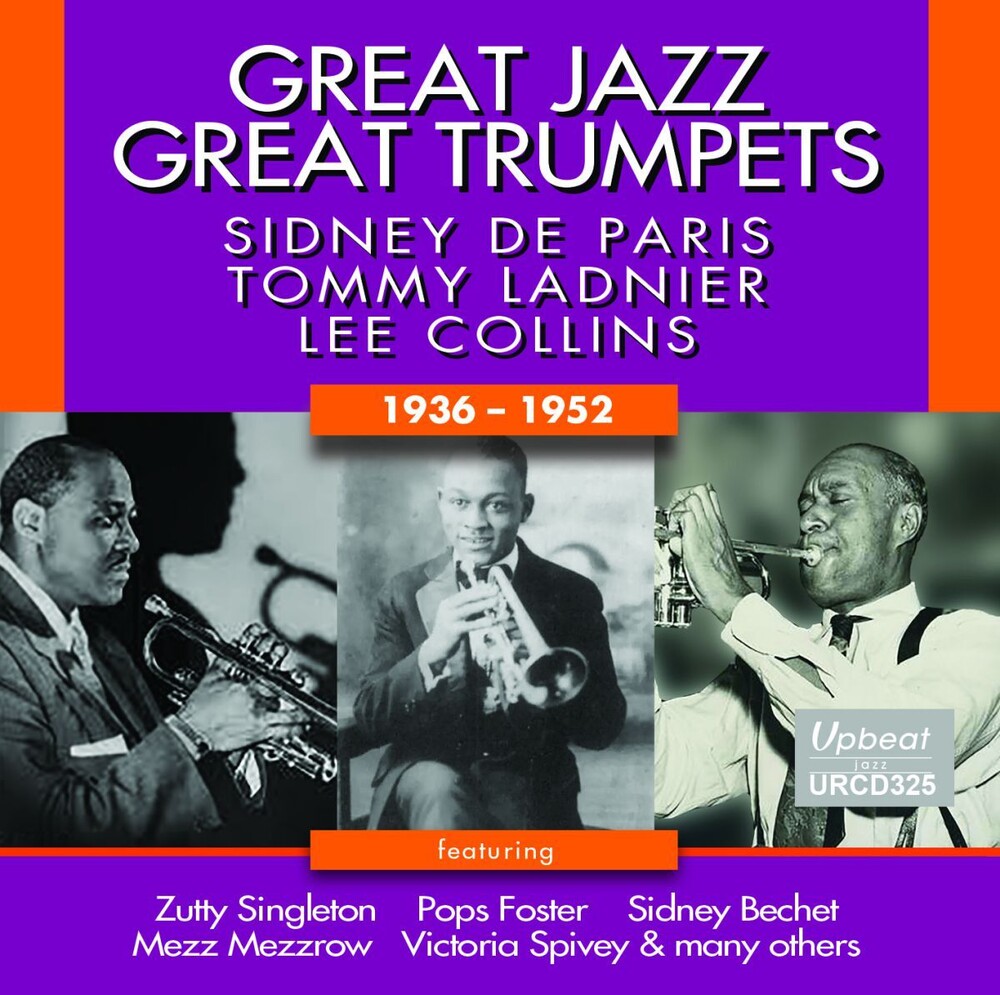 This CD features three great jazz trumpeters, all of whom have been under-rated and in need of recognition - this is that CD which should restore their place in the history of jazz once and for all. Sidney de Paris is certainly one of the most under-rated trumpeters in jazz history. While he was on a musical par with his brother Wilbur, he was certainly a hotter jazz musician! Tommy Ladnier, another under-rated trumpet virtuoso. He was taught by the great Bunk Johnson and his biggest break came when he was hired to play in the King Oliver band. His most famous recordings came near the end of his life in the late 1930s and these are the featured tracks, playing with Sidney Bechet and Mezz Mezzrow. Lee Collins is the man who replaced Louis Armstrong in the King Oliver band at the height of that band's fame. On this current album he is featured on two numbers each backing vocals with Richard M. Jones and the sultry Victoria Spivey.