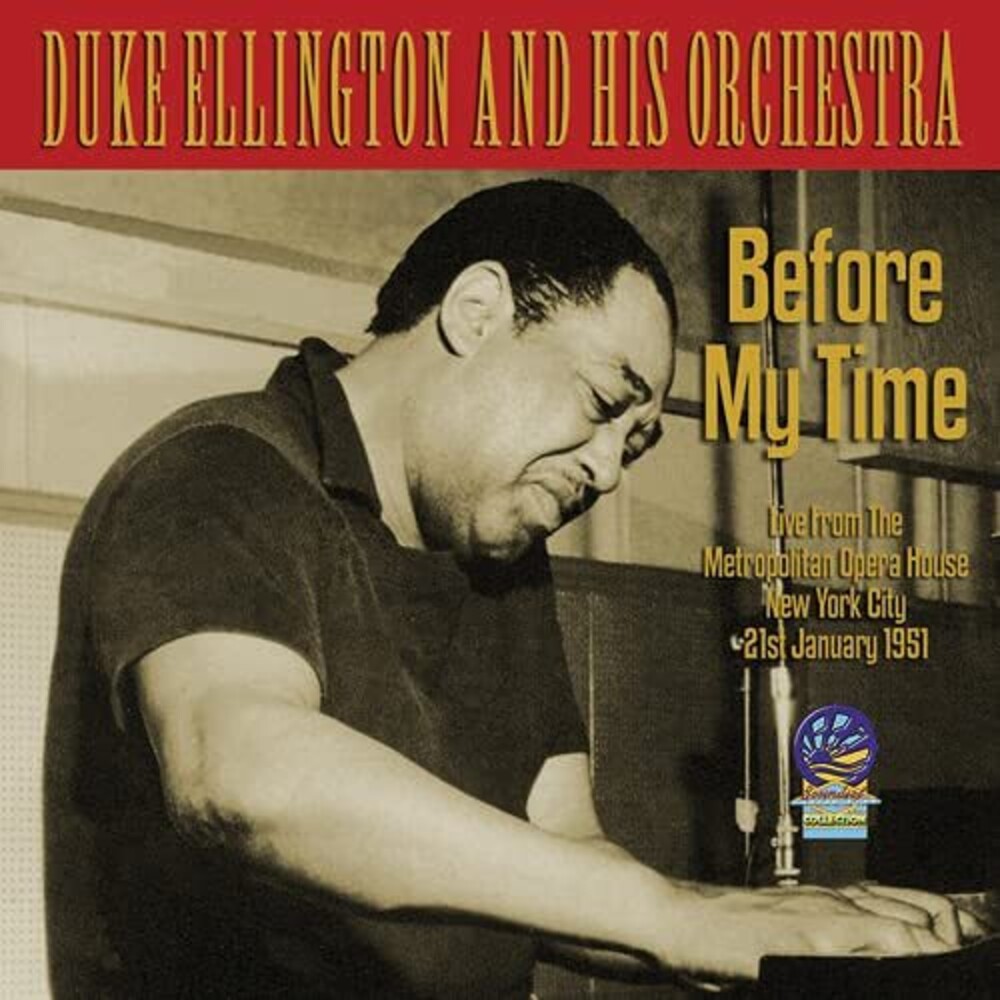 DUKE ELLINGTON / BEFORE MY TIME There is not much more that can be said about the Duke Ellington Orchestra. It ranks as possibly one of the finest Jazz orchestras of the the twentieth century. Ellington brought a sense of innovation which had rarely been seen before their time. A number of musicians had sought to elevate the jazz platform beyond it's more basic concept and in that Ellington was to prove most successful. The recordings on this CD were performed live at the Metropolitan Opera House, New York City, on January the 21st 1951 and includes some of the orchestras rarer and less known numbers. SOUNDS OF YESTERYEAR