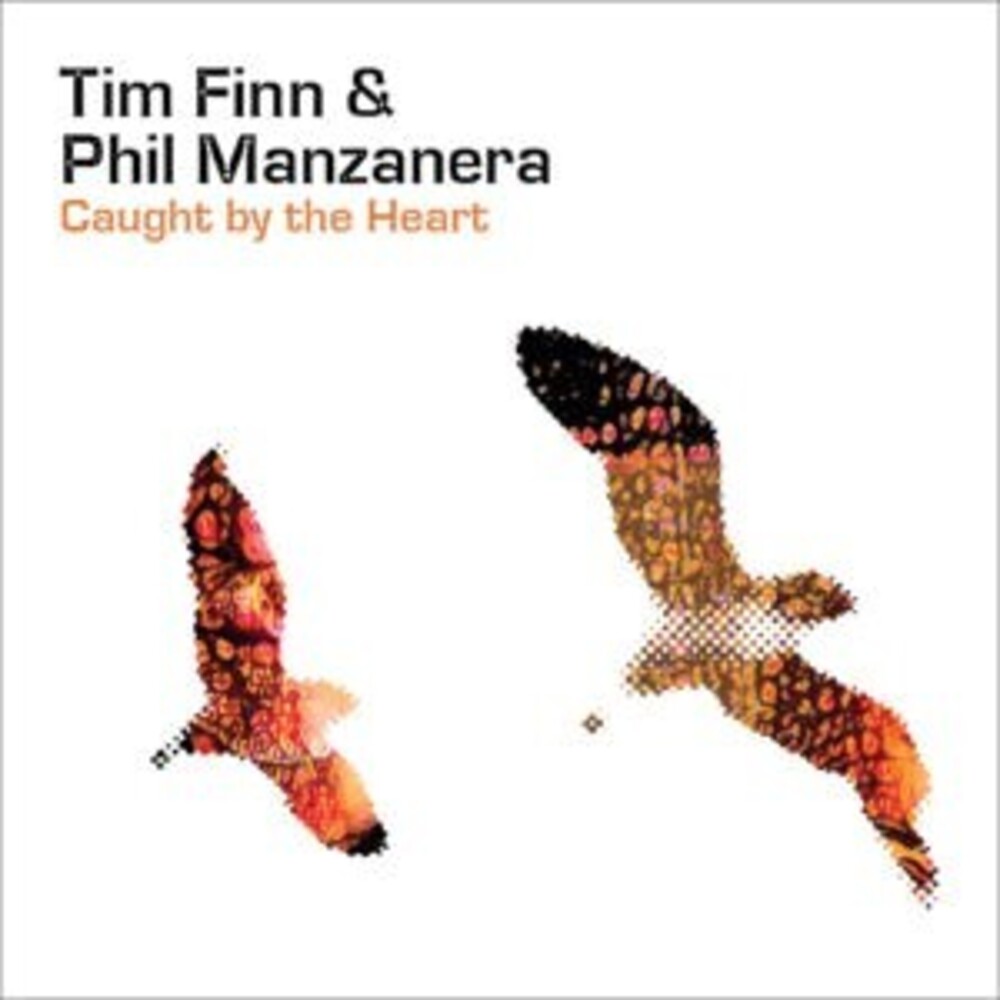 Two titans of British and New Zealand music will release their collaborative debut album of the same name, via Expression Records. Caught By The Heart comprises a selection of 10 songs. The music covers a range of styles and genres: rock, pop, prog, Latin, reggae, classical, chamber orchestra type pieces. No genre was off limits. All drawn from Phil's extensive musical palette, inspired by his love of music regardless of where it comes from. This coupled with Tim's extraordinary, literate and well observed lyrics - as well as the phenomenal range of international guest musicians - has resulted in a sophisticated, shapeshifting album and a remarkable collaboration. Renowned Kiwi singer-songwriter Tim Finn (Split Enz, Crowded House) and legendary guitarist and producer Phil Manzanera (Roxy Music) have global lockdown to thank for bringing them back into musical contact again, 45 years after they first worked together. During the last 12 months Tim and Phil, each working in their home studios some 12,000 thousand miles apart, have jointly written 23 new songs. The time and space of a pandemic-restricted life has led to an incredible period of artistic creativity. There was no end goal in sight, just the sheer pleasure of two old friends making music together. This artistic freedom has produced songs that live in the moment. They are a moving and inspiring testament to a great singer-songwriter and composer-guitarist coming together in cyber-space and seeing where the music takes them. Phil said: "It's a joy and honour working with Tim, one of the finest singer, songwriters of his generation. I couldn't believe how prolific he is, how he makes song writing seem so natural and instinctive, I'd send the music, and then within days, these beautifully sung songs would pop up... it was like Christmas every day! And we're still writing." Tim said: " The tracks that Phil was sending were instantly evocative and in a time of global pandemic represented a way of connecting emotionally with the countries first affected. Spain, Italy, France and the UK were all places I had travelled in, lived in and played concerts in. But now they were suffering and closed off. I started singing in Spanish and themes came freely. Sometimes I would write lyrics in English, translate them to Spanish, making changes for scan or rhyme which took me in new and unexpected directions. Phil's music is always highly atmospheric and suggestive. He has a way of playing that is just the right side of elegant. My wife and children had also been playing Roxy Music in the car so Phil was present and vivid for me when I started writing these songs with him. A delightful and meaningful exchange between two old friends on opposite sides of the world." Tim Finn and Phil Manzanera met each other in Sydney in 1975, when Tim's band, Split Enz, supported Phil's band, Roxy Music, on the English band's first Australian tour. This led to Phil producing the Split Enz album 'Second Thoughts', when they came to the UK the following year. Over the subsequent years, their paths would cross periodically, with Tim singing and writing songs for Phil's 'Kscope' and 'Southern Cross' albums, and Phil doing guest spot with Tim in UK. Tim and Phil last saw each other in Auckland in 2006 for The Roxy Music Reunion' tour