Holly Golightly - Do The Get Along [LP] | RECORD STORE DAY 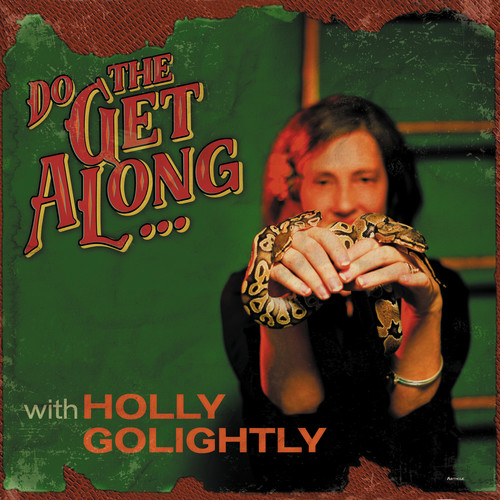 HOLLY GOLIGHTLY IS BACK... With her first full band album since 2015's Slowtown Now! Do The Get Along features 12 songs performed by the perfect Holly Golightly band line-up of Bruce Brand (drums), Matt Radford (double bass), Ed Deegan (guitar) and Bradley Burgess (guitar). Alongide nine original tracks there are three choice covers - 'Satan is His Name' by Steve King & The Echelons, 'Love (Can't You Hear Me)' by the Knight Bros., and 'I Don't Know', originally recorded by Ruth Brown. Holly first came to musical prominence as a member of Thee Headcoatees, a Billy Childish/Thee Headcoats all-girl splinter group in 1991. Four years later she broke away from the garage punk scene with the release of her debut solo album The Good Things, which featured a mix of folk, early electric blues, & '60s beat influenced rock 'n' roll. It's a template that she's honed over the course of 13 solo albums, along the way impressing celebrity fans such as Jim Jarmusch (Holly's track Tell Me Now So I Know featured as the main title theme in his Broken Flowers movie), and most notably Jack White who duetted with Holly on It's True That We Love One Another, the final track on the classic White Stripes album Elephant. Holly's been busy over the last decade as half of blues/Americana duo Holly Golightly & The Brokeoffs (The Brokeoffs being multi-instrumentalist Lawyer Dave). The pair have released a string of well received albums, and undertaken many tours on both sides of the Atlantic.