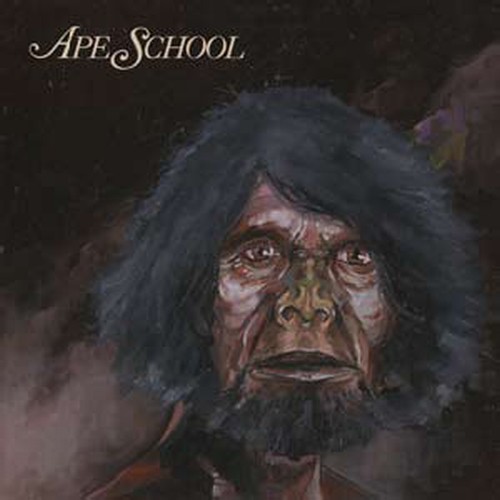 2009 release from multi-instrumentalist and songwriter Michael Johnson AKA Ape School. From the resounding onset of 'Wail to God,' to the song's oscillator outro barely two minutes later, the tonal breadth and sonic fluidity of Ape School is clear. A song like 'Did What I Did' flirts with Pop sensibility, but coheres in subtle feedback when repetition would normally devolve it to redundancy. Elsewhere, as on 'My Intention' and 'Deathstomp,' Johnson commits to full mechanical shredding and focused romps of analog Rock glory awash in system buzz. Other, more spacious moments like 'That's OK,' 'It's Over' and 'The Underground' reveal the songs' subtle instrumental basis, and bare the accidentally clever, eloquent lyrics of his elastic tenor.