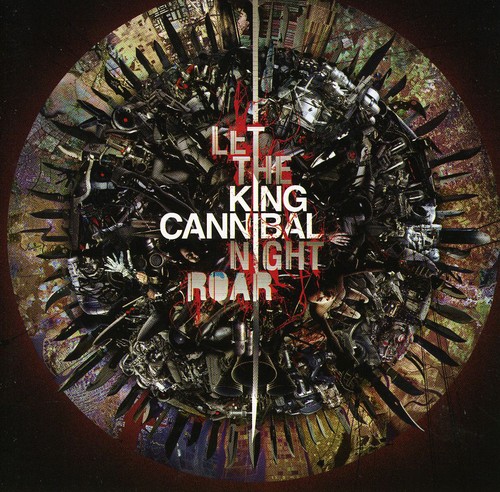 A fearful, uncomfortable but admiring and heartfelt round of applause, please, for Ninja Tune's first (only') hard man - King Cannibal aka Zilla aka Dylan Richards. Coming through with a razor-edged, utterly uncompromising industrial mash-up of sounds and rhythms from dancehall and drum & bass, Radio 1's Mary-Anne Hobbs has already declared his music to be "too dark!" And that was before she had heard "Let the Night Roar," a record so obsessed with violence in it's many manifestations that he named it after a quote from nutter-cultist Jim Jones (that's the man behind the Jonestown Massacre).