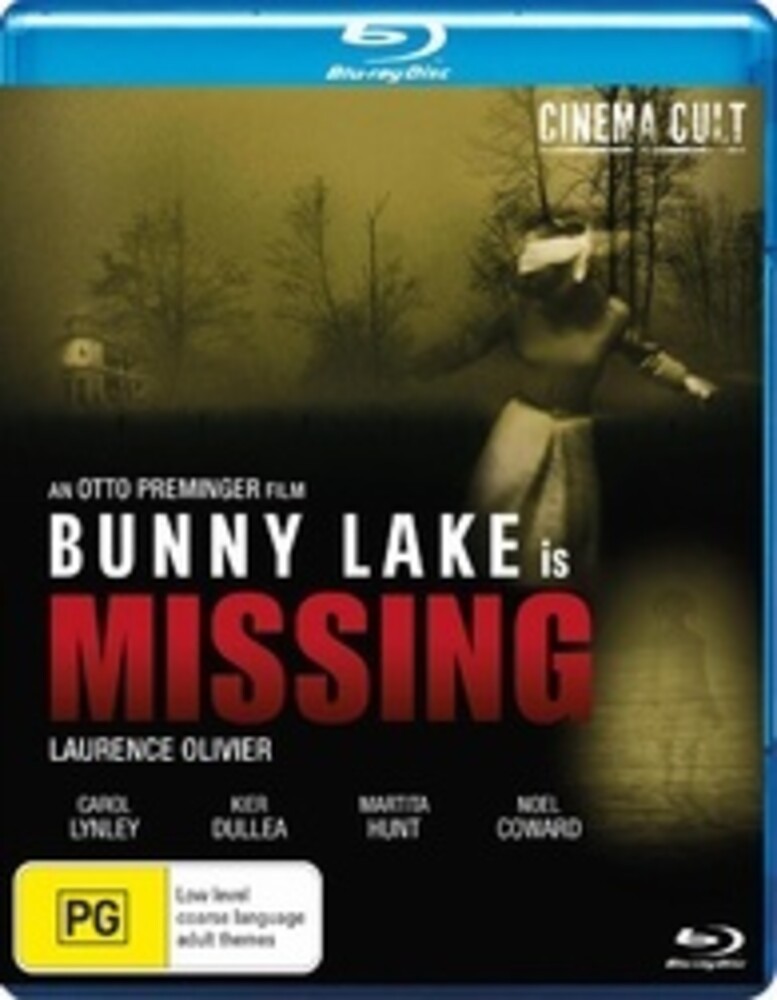 When Ann Lake (Carol Lynley, The Poseidon Adventure) goes to pick up four-year-old Bunny at her new preschool in London, she's told that no child by that name is enrolled there.Superintendent Newhouse (Academy Award winner Laurence Olivier, Best Actor, 1948, Hamlet; The Boys From Brazil) of Scotland yard is assigned to the case. He suspects include: Steven Lake (Keir Dullea, 2001: A Space Odyssey), the child's protective uncle, Horatio Wilson (No l Coward, The Italian Job - 1969), the Lake's decadent landlord; and Aida Ford (Martita Hunt, Anastasia), the school's eccentric ex-headmistress, but he soon learns that no one has actually seen the child and there is absolutely no proof that Bunny ever existed.Ann maintains the child's been kidnapped, but Newhouse begins to suspect that the hysterical young woman may just be insane. Bunny Lake is Missing is director Otto Preminger's (Anatomy of a Murder) controversial masterpiece of terror and suspense.