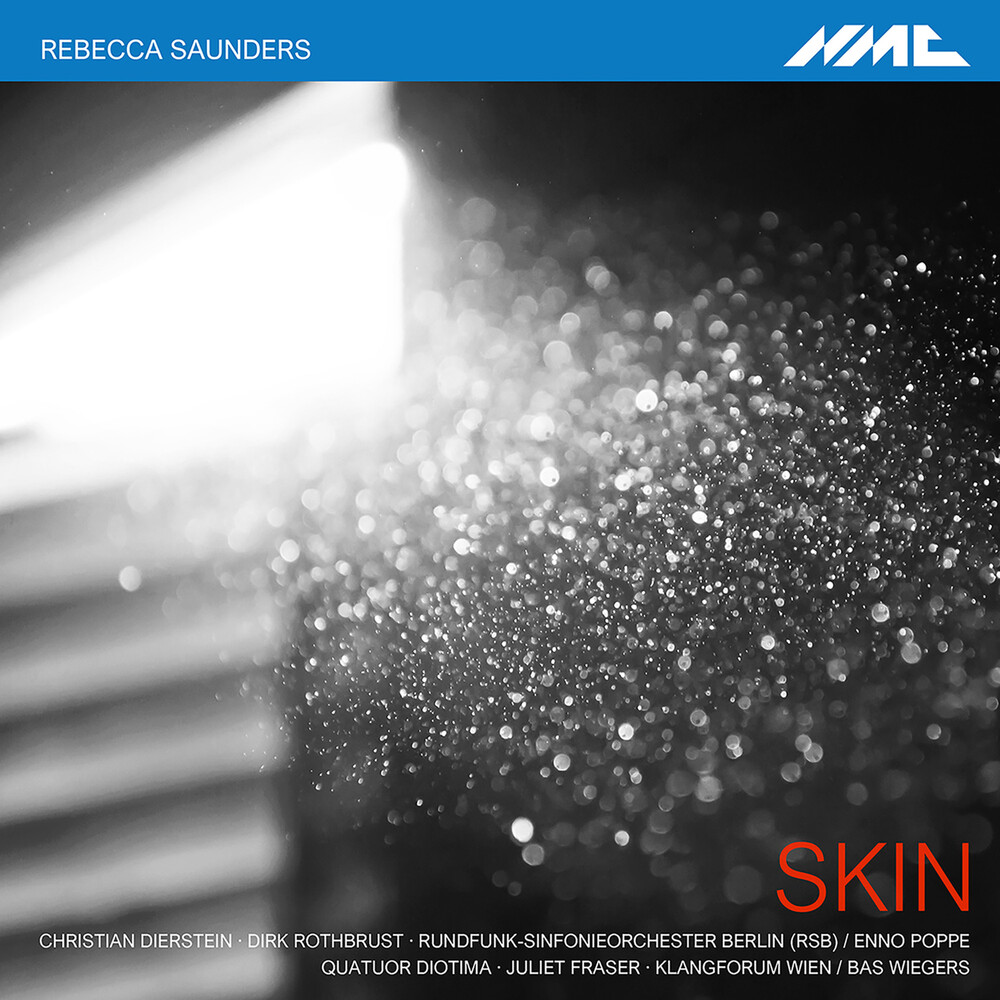 Rebecca Saunders is one of the leading international composers of her generation. Skin, a new album from the Berlin-based British composer, comes after she has been masterfully sculpting sound for more than three decades, and incredibly, is Saunders' first ever release with NMC. Having pursued a keen interest in the concertante form, Saunders' fascination with the sonic essence of an instrument necessitates that she work very closely with the performers of her music. This new album features three significant works for different ensembles composed between 2013 and 2017, which are all products of close artistic collaboration. The focus of much of Saunders' music is on the delicate balance between sound and silence, and none of her works explore this more vividly than void (2013-14) for percussion duo and orchestra. Composed for Christian Dierstein and Dirk Rothbrust after a number of "exploratory sound sessions" together, the two percussionists are positioned in front of the Rundfunk-Sinfonieorchester Berlin (RSB) conducted by Enno Poppe, playing aluminium flower pots and rin (Japanese singing bowls) into the 'void' created by the orchestra. Saunders repeatedly returned to the final short prose of Samuel Beckett's thirteen Texts For Nothing (1947-52) when completing void, inspired by how the text's "intensely fragile fleeting moments, describing a mouthless murmuring ceaseless voice, are juxtaposed with violent outbursts of anger."