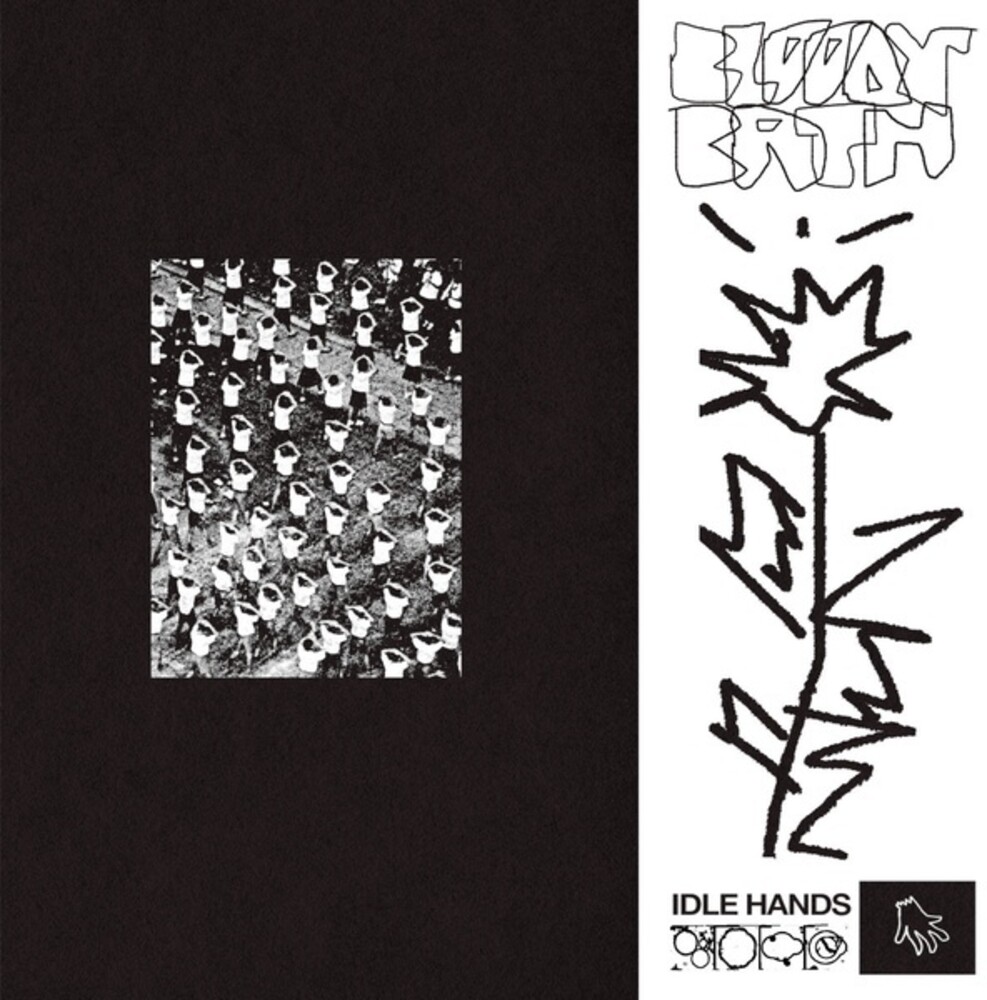 The debut 7" vinyl from bloody/bath 'Idle Hands' is also the debut release by Kooky Too, an offshoot of Kooky Records est 1996 (previous output including the acclaimed Durutti Column album 'A Paean To Wilson'). This limited 7" is a peach - a gloomy neu wave banger for our gloomy fin de siècle death-spiralling age. And it's increasingly relatable - previous bloody/bath digital single 'Washed Out' was championed by Lauren Laverne on 6 Music. Limited to 300 distro copies - black vinyl - 300gsm spined sleeve - reverse board printing. Sonically a bout of sleep paralysis, emotionally a midnight text from your favourite ex, bloody/bath are feverish, infectious and bewitching taking a post-punk passage that sounds distinctly their own. Catchy melodies dance throughout the tracks, disguising a heaviness, a desperation, drowning somewhere beneath the surface. Louder Than War describe the bloody/bath sound as "Stop-The-Clocks pop. Music to submerge yourself in. Wallow deep, then count your blessings". Summoned initially by Northampton singer-songwriter Kailan Price, but now a fully fledged five-piece band, interest has been soaring following their incendiary live sets invited to play for Slow Dance at the Brixton Windmill, and other shows in London, Bristol and Bedford with Ritual Howls, Do Nothing and Minor Conflict. Bloody/bath have steadily created a large following on spotify with over 1.8 million streams and over 36,000 monthly listeners - particular streaming numbers in London, Berlin and across Eastern Europe - their sparse expanses, concrete homogeny and heavy atmospheres - perhaps testament to what bloody/bath are creating and why people are listening. Bruised and beaten down, a whole load of listeners can't get enough of bloody/bath.