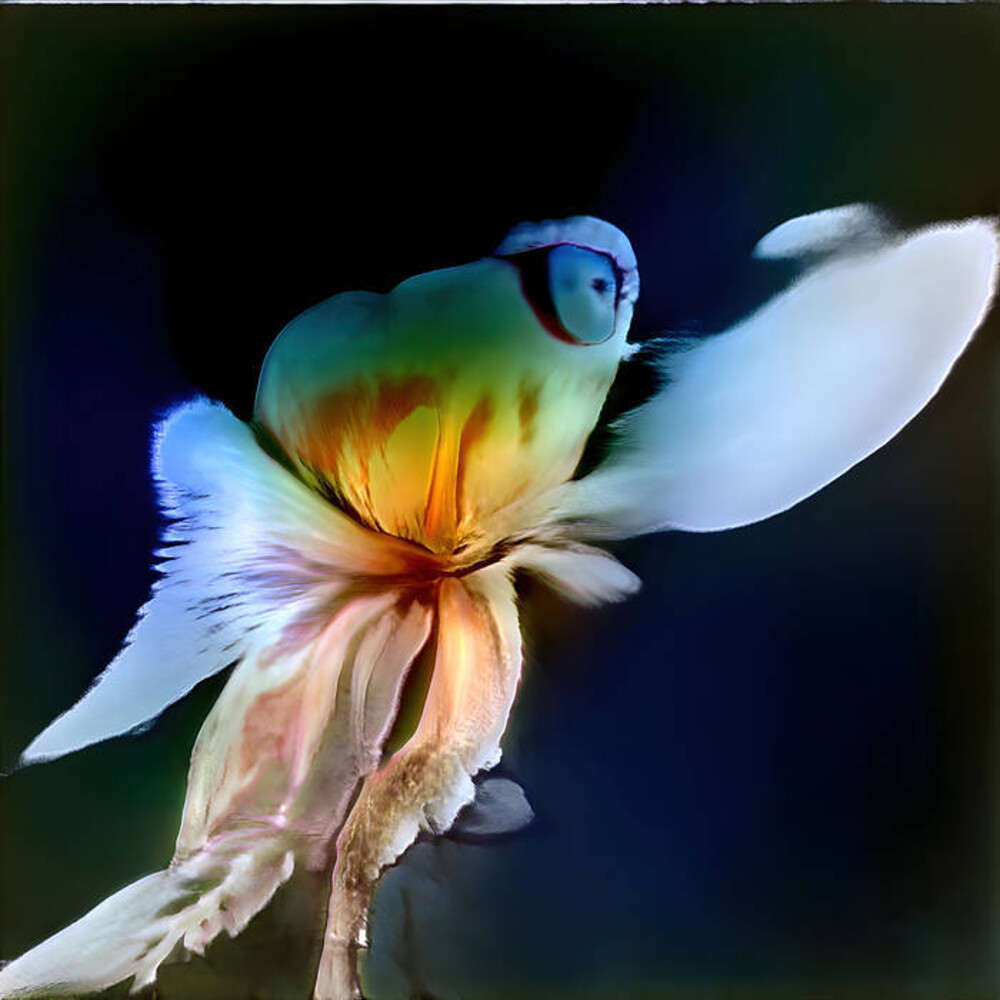 Songwriter and multi-disciplinary musician Gwilym Gold returns with album Blue Garden, a collection of tender, allegorical songs written, recorded and produced by Gwilym himself. Gwilym began playing improvised music as a pianist and may be fondly remembered as the singer and keyboardist in psychedelic pop trio Golden Silvers but has since worked widely as a soloist.2012 saw the release of his high-concept solo piece Tender Metal which was composed and released using Bronze; a new music technology which Gold created with producer Lexxx alongside Mick Grierson. Using Bronze, a song is enabled to rebuild itself on each playback from the musical seeds and ground sown by the writer. Music composed with Bronze is not restricted to just one playback possibility, it is a dynamic, ever-transforming representation of itself where the artist builds a new model as part of each song's writing process. Gwilym has since collaborated with artists such as Arca, Jai Paul, Philippe Parreno and Nicolas Becker, introducing them to this new technology. One of the hopes for Bronze is that it brings some of the characteristics of performance back into previously inert musical documents, and alongside his work with Bronze, Gwilym has maintained a wide performance practice. Performing recently alongside musicians such as Dave Okumu, Tom Skinner and Lucinda Chua and collaborating with artists Eddie Peake and Holly Blakey. His two recent collections of songs, A Paradise and Sky Blue Room, stem from this, the second being recorded almost entirely live in three days alongside Okumu and drummer Dan See.Blue Garden is Gwilym's first collection written and recorded entirely in solitude and he hoped to unburden the process of anything beyond the most primary elements. Setting up a sort of hybrid harp in a small isolated room, the aim was to let the songs flow out unadorned and record them as they were. The only addition to the album is the accompanying sound of rivers and birdsong by sound recordist and founding member of Cabaret Voltaire, Chris Watson. Gwilym started to play the new album alongside Watson's recording 'The Drinking Boy' which led him to reach out to Watson. Gwilym explains "I played it to a friend once I had recorded it with Chris' field recordings, they said it almost sounded like the quarantine birds, there was a feeling of it being a little sanctuary". The songs on Blue Garden were written during a bittersweet time, where Gold was experiencing moments of love, loss and rebirth. The album is a loose and abstract exploration of love in all it's forms, how familial, platonic and romantic love are all intertwined. The artwork and visuals that accompany the record are created by artist Colin Henderson who used generative machine learning (a GAN) to generate uncanny, elusive imagery that alludes to birds and flowers but never quite alights on anything graspable.