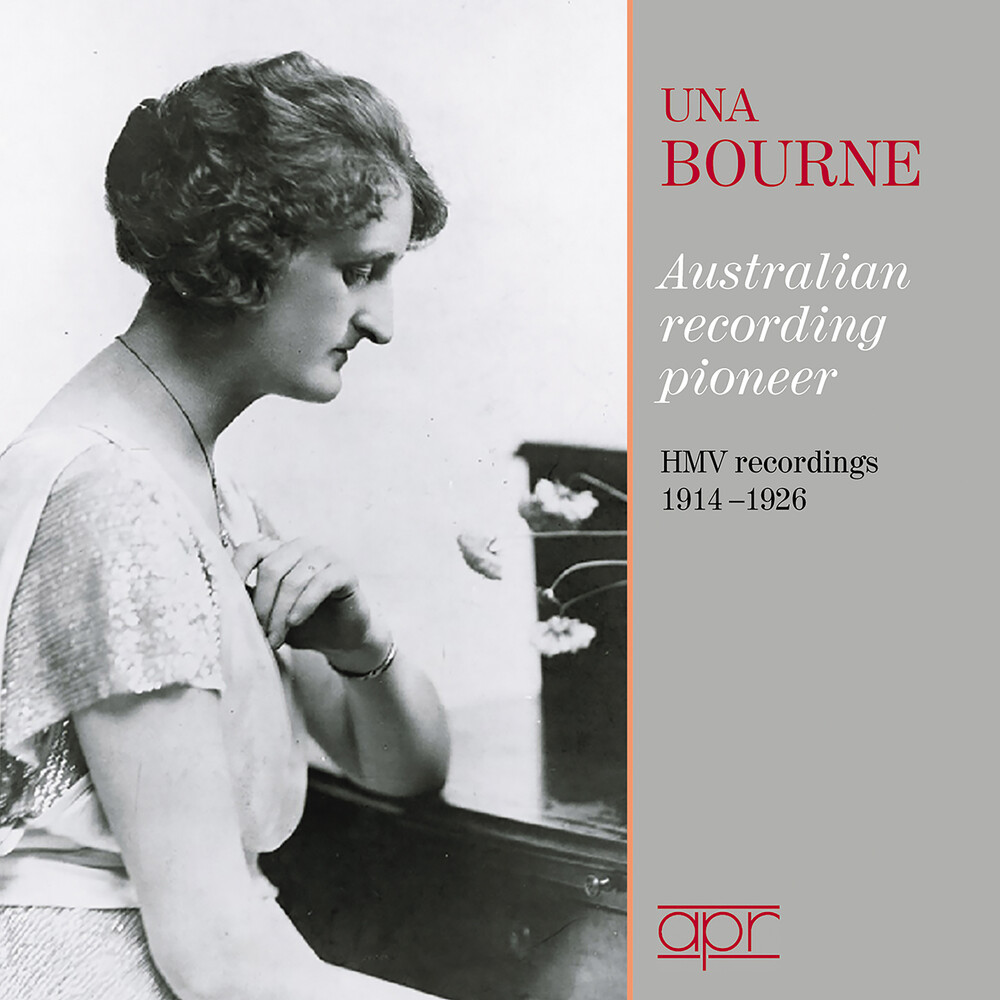 Australia seems to have produced more than it's fair share of pianists in the early days of recording, with Percy Grainger, William Murdoch and Eileen Joyce all being mainstays of the 78rpm catalogue. To their ranks we should add Una Bourne, signed to the most prestigious label of all - HMV, and a stalwart of the acoustic period of recording. Bourne had early success as a prodigy and travelled to Europe to study, but it was being asked to tour with Nellie Melba which established her career. Later, as well as playing as a soloist she played and recorded much chamber music. She excelled in what we might now call 'salon music' and character pieces, as can be seem from her recorded repertoire. Both Grieg and Chaminade were specialties. She favored fast tempos and played with brilliance and charm in repertoire, much of which has now been neglected. In 1939 Bourne abandoned her international career and retired to teach in Australia. She has been all but forgotten and this is the first time almost any of her recordings have been reissued. They give a fascinating snapshot of musical taste and playing in the early 20th century, a time when classical music and popular were much closer bedfellows.